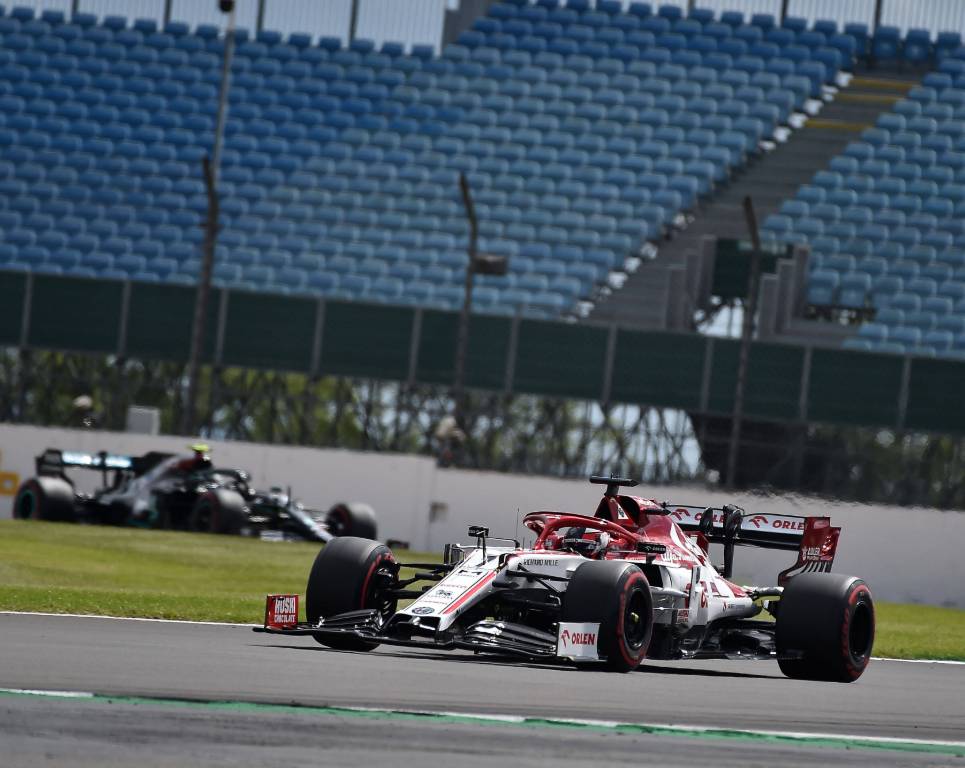 Kimi Raikkonen appears more grumpy than ever at present and it was the same after qualifying for the 70th Anniversary Grand Prix, saying: “We’re just too f***ing slow.”

Not so much of a flying Finn these days, Raikkonen had a sweary rant at his team over the team radio at Silverstone last week due to confusion over a pit-stop – and he did not mind his language again in the media pen on Saturday.

The problem is that Alfa Romeo have been overtaken by Williams this season and are becoming the distinct backmarkers of the grid, with Raikkonen set to start in P20 for Sunday’s race and his team-mate Antonio Giovinazzi just one place ahead of him.

In his post-qualifying interview, the 2007 World Champion bemoaned the pace of his car – which is doing nothing to dispel widespread speculation that Kimi will call it quits and retire at the end of the season.

A big task ahead of us tomorrow. #F170 🇬🇧 pic.twitter.com/Djkw4L9LKF

“I think it felt a little bit better but the lap time is just too slow, at least today,” said Raikkonen, who has yet to score a World Championship point this term.

“We will try to work on it more for tomorrow and see what it brings. There are no major issues, it’s just that the lap time is not where it should be.

“The feeling of the car is not too bad but we are losing little bits everywhere and it makes a big difference over the lap.

Giovinazzi admitted reaching Q2 was never on the cards and said: “Again, a difficult day, a difficult quali. On my last lap the wind was really freaky and I made a mistake in turn 13 and completely lost the front grip.

“But otherwise it was too difficult today to target Q2. Tomorrow we start from the last row and for sure with these compounds we will go for two stops, maximise what we can and try to have the best result.”