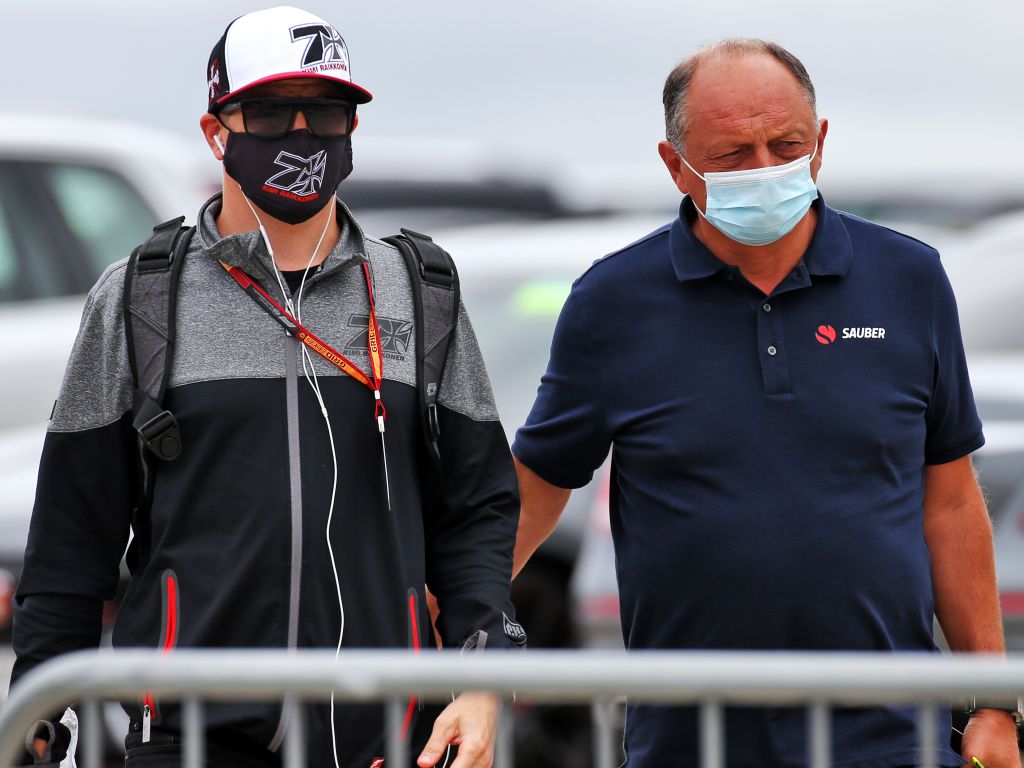 Ex-Formula 1 driver Mika Salo believes Kimi Raikkonen will walk away from the struggling Alfa Romeo team at the end of the season.

After leaving Ferrari at the end of the 2018 season Raikkonen signed for Alfa Romeo, the team where he started his Formula 1 career when they were known as Sauber.

The Finn said that Formula 1 was more of a hobby for him now, and so would retire from the sport once he no longer enjoyed it.

And it’s starting to seem like that time has come.

Alfa Romeo have struggled so far in 2020, with both Raikkonen and team-mate Antonio Giovinazzi yet to escape from Q1.

Raikkonen is still without a World Championship point in 2020, and his frustration starting to grow.

The veteran made Alfa perfectly aware of his disappointment regarding their lack of pace, telling them “we’re just too f***ing slow” after finishing qualifying for the 70th Anniversary Grand Prix as slowest of the 20 drivers.

Such outbursts suggest Raikkonen isn’t enjoying driving for Alfa Romeo, and Salo sees his compatriot exiting the team at the end of the season as a result.

“If you are a professional, then you will certainly not leave in the middle of the season. However, I believe that this season it will be over for Kimi,” Salo told Finnish outlet Ilta Sanomat.

“It is quite clear that it is difficult to find motivation [to race at the back]. Kimi still drives pretty good races, but the pace is quite slow because of the car.”

That was the most we could get out of this race. #F170 🇬🇧 pic.twitter.com/5biBcCZmbf

But who would replace Raikkonen if he did call it quits at the end of the season?

Well, Alfa Romeo has a strong link with Ferrari, and, as such, one of their many bright Academy prospects would likely get the opportunity to take their first steps into Formula 1.

Mick Schumacher, son of seven-time World Champion Michael would be the best choice for marketing purposes perhaps, but his performances in F2 this year arguably are not up to scratch to justify a promotion.

Fellow Ferrari Academy driver Callum Ilott currently leads the F2 Championship and so would surely fancy himself as the front-runner for an Alfa Romeo drive, but Salo is suggesting that Schumacher’s Prema team-mate Shwartzman deserves the chance.

The reigning F3 champion has enjoyed a strong start to life in Formula 2 – he sits P3 in the standings with two wins to his name, though the last four races at Silverstone have been a real struggle for the Russian driver with P8 in the 70th Anniversary Grand Prix Feature Race the best result he has to show for his efforts.

But Salo believes Alfa Romeo should overlook the recent issues and promote Shwartzman into their 2021 line-up.

“Shwartzman has had bad races lately, but I hope Alfa Romeo will take him as second driver after this season,” he said.

“I have been teaching him ever since he was 13 years old – and I will try to continue to teach. He is one of the drivers of SMP Racing. He has developed a lot over the last couple of years, grown up and started to use more sense in driving.”

Speaking in June to Infobae about the idea of retirement, Raikkonen said: “I have said already that I will do this season and then I will decide.

“If I continue to enjoy racing this year, I will continue. If not, I will retire.

“I love racing. I don’t really care about all the rest, the interviews and all that, but I really like the feeling of racing wheel to wheel. I missed that and that’s why I came back.”