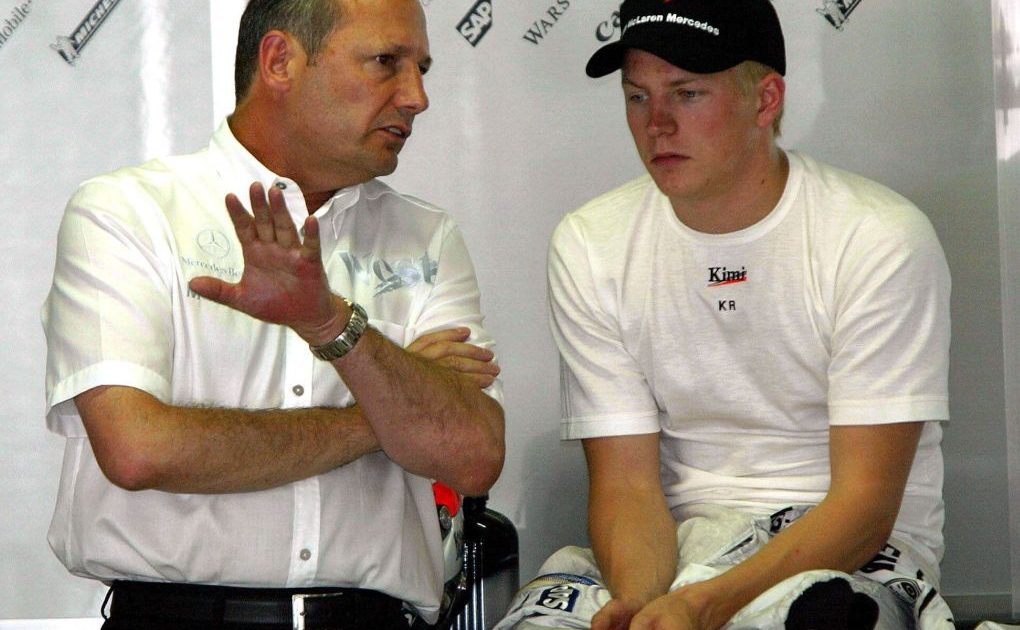 Although Kimi Raikkonen had a differing opinion to his former McLaren team boss Ron Dennis at times, their relationship was generally fine.

In that time he found himself working with Raikkonen, who spent five seasons with the team between 2002-2006.

It was not always smooth sailing between the pair, with Dennis not exactly on-board with Raikkonen’s life outside of the track.

Raikkonen even told the story in the past of how Dennis ripped up his contract, only to ask that they forgot about the squabble after Raikkonen won the next race.

The pair also were far from on the same page prior to the infamous 2005 United States Grand Prix, according to ex-McLaren mechanic Marc Priestley, where Raikkonen was furious at the decision that all Michelin runners would retire after the formation lap due to safety concerns.

So while there were indeed times when they were not on the same page, Raikkonen said that overall his relationship with Dennis was “good”.

One of the most iconic photographs from the 2005 Japanese Grand Prix, with Ron Dennis opening Kimi Raikkonen visor. #F1 #OnThisDay pic.twitter.com/26lZuqIauz

“I think it was good,” said Raikkonen while appearing on the Beyond The Grid podcast.

“Obviously, there was a lot said and written about it, but I think internally [it] was good.

“I think we had a good relationship. Obviously we had some things that we didn’t agree [on], but that happens.

“I think even after when I left, and I saw him at the track, we would talk and joke about things.

“I think outside he is a lot different than he is at the track. I don’t have anything bad to say.

“We have our different opinions on certain things, but that’s how it goes.”

After that stint with McLaren, Raikkonen went on to race for Ferrari in two stints, Lotus and Alfa Romeo, becoming the most experienced driver in the history of the series by the time of his retirement, with the 2021 Abu Dhabi Grand Prix serving as his 349th and final start in Formula 1.