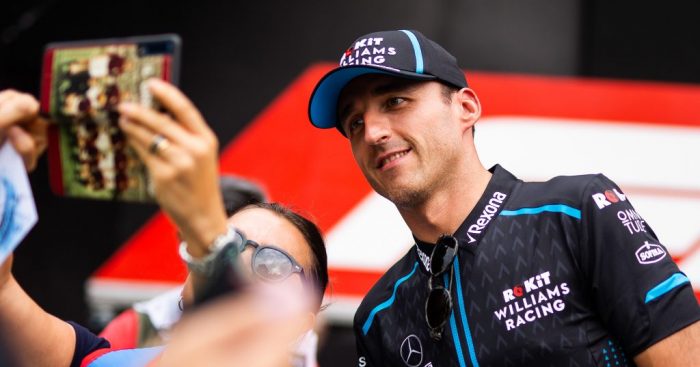 Robert Kubica says he has decided his plans for 2020, and him racing in DTM next season is the “highest probability”.

The Polish driver returned to F1 against all odds this season, but after a difficult campaign at Williams where he has been outperformed by rookie team-mate George Russell, Kubica will depart the series at the end of 2019.

There has been plenty of talk about where he goes next, with the strongest rumours being that he would combine DTM with a role as Haas’ reserve and development driver – and it seems that could be what happens.

Speaking to Racefans.net ahead of the season-ending Abu Dhabi GP, Kubica said: “The decision from my side has been taken.

“I don’t want to go too much to the details now, it’s a bit more complicated stuff and we have to make sure we make it work from different perspectives and different points.

“Hopefully once this will be sorted it will be, let’s say, a downhill [straightforward] procedure and it should be sorted quite soon.”

Kubica is completely in control when it comes to deciding his own racing programme, but he also has Polish petrochemical firm Orlen, who sponsored Williams during Kubica’s time with the team, to satisfy as well.

“My racing program is a hundred percent up to me. My F1 role, of course there is second part, which is Orlen,” he said.

“They would like to stay in Formula 1 and we want to see if we can match everything together as I think it would be beneficial for everyone. So sometimes it takes more time than only my decision.”

Once everything is sorted, Kubica confirmed that DTM is his “highest probability” next move.

“I’m looking for a big challenge and definitely DTM, which is the highest probability that I would be racing, it is probably the toughest championship apart from Formula 1 in Europe,” he explained.

“We’re joining very high-level racing drivers in very a specific championship. It’s not easy for someone who is a rookie there.

“If I manage to be racing there, I would be happy with it. And as I said, if we manage to combine a few things to make everybody happy, I’m open to this.”