Home News Kubica had a moment of ‘panic’ on the grid 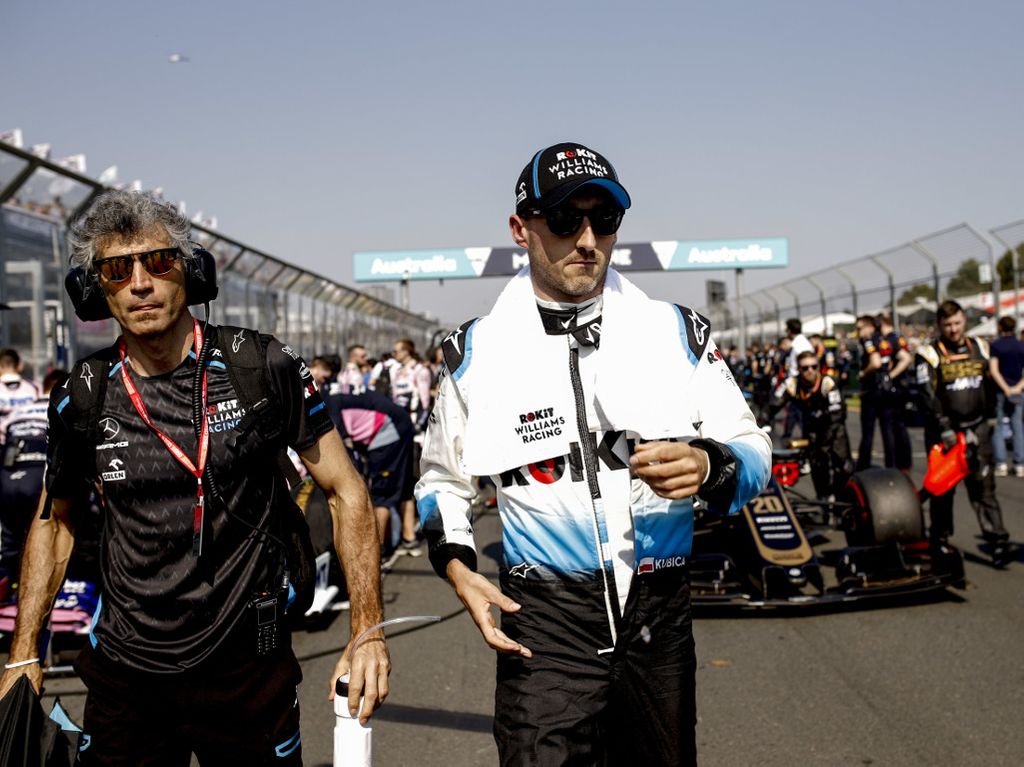 Making his first standing start in more than eight years, Robert Kubica has admitted there was a moment of “panic” on the Australian GP grid as he couldn’t see the lights.

The Polish driver lined up at the very back of the Melbourne grid after a wretched showing from Williams in qualifying.

That put him directly behind Carlos Sainz, who was blocking the start lights.

“It was my first standing start in eight years and four months,” Kubica explained.

“I never did a standing start on the grid since Abu Dhabi 2010, and actually it was quite good.

“I had a bit of panic because when I stopped I couldn’t see the lights.

Kubica’s troubles were compounded when he made contact with Pierre Gasly on the opening lap, losing his front wing in the process.

He was forced to pit, losing ground to those ahead.

With his FW42 woefully off the pace, Kubica was not able to recover and finished the grand prix last, three laps down on race winner Valtteri Bottas.

“I got a good launch but then I had a lot of wheelspin,” he continued.

“Running into Turn 1 I took it very safe, I moved a lot to the inside over the kerb, and I once I thought ‘OK, this is over’, I went through the first corner and then from what I saw in car Gasly moved quite a lot to the right.

“I think there was contact with Sainz but I saw it on the video that he moved a lot to the right and he damaged my front wing, but I actually didn’t realise until 100 meters later I lost the whole wing. I thought I lost half of it. Then this wing caused other damage to the car so we had to pit.

“The car was not feeling great, then additionally three laps into the race I lost one of the mirrors, which makes it even more difficult with blue flags! So it was quite difficult.

“Once I was in clear air I was told the pace was not bad, actually it was good for the car with the state it was in, and I nearly started laughing because from the inside it felt very bad.”