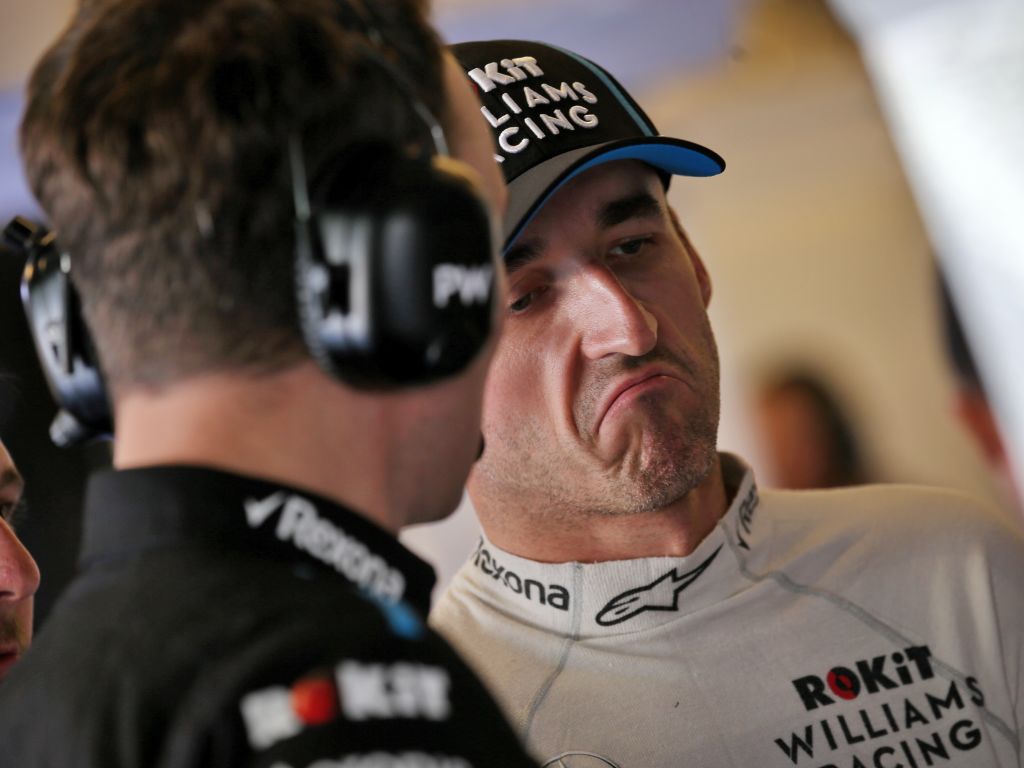 Robert Kubica admits to feeling no “emotion” after completing his last F1 race with Williams, and is now looking to “move forward”.

The Polish driver marked his sensational return to the sport this season, eight years on from the devastating forearm injuries he suffered after a rally crash in 2011.

Sadly Williams were unable to provide a car to match the story and although Kubica lost the qualifying battle with team-mate George Russell 21-0, he did score Williams’ only point of the season with P10 at the German GP.

Kubica may yet remain in the sport with Haas rumoured to be lining him up as a test and development driver from 2020, but if Abu Dhabi was his last race in F1, the thought still has evoked little emotion.

“Until now no,” he admitted when asked after the race if he was feeling emotional.

“Maybe it will become, a bit of emotion once everything will finish, but let’s move forward.”

Robert Kubica conveys a message to the Williams team after his final race in F1 [for now] pic.twitter.com/5Y7xlqPLJb

Kubica would prop up the order in Abu Dhabi, finishing P19, but his race wasn’t without incident.

“It was okay, there was a bit of wheel-to-wheel battle, first with George [Russell] we touched, he over-braked into Turn 5 and went straight and he touched me,” he explained.

“And then with Giovinazzi, we touched heavily and I damaged quite a lot the floor.

“All the right hand side so the last 30 laps were very difficult.”