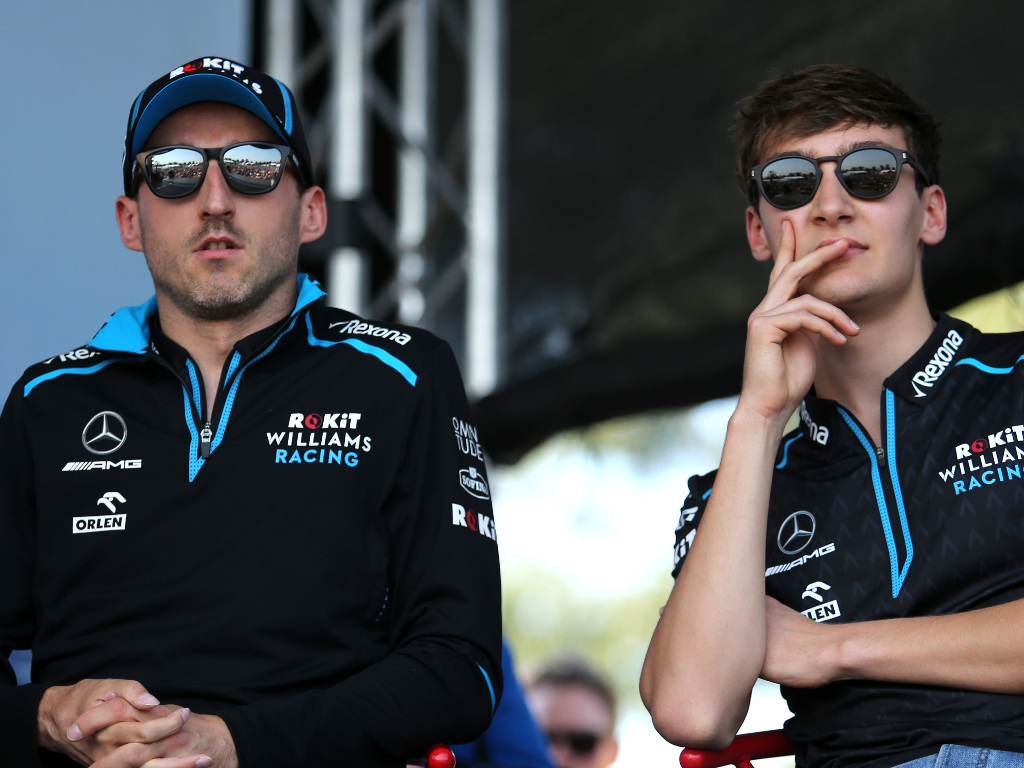 Although George Russell has missed out on a 2020 Mercedes race-seat, Robert Kubica is convinced his team-mate will one day be racing for a top F1 team.

Russell entered Formula 1 this season with Williams but he remains a member of Mercedes’ young driver programme.

Despite racing at the very back of the grid, the British rookie has put in some impressive performances this season, most notably qualifying for the Hungarian GP where he missed out on a Q2 berth by 0.05s.

This led to speculation that he could be in with a shot at a 2020 Mercedes race-seat.

But with the team confirming Valtteri Bottas at Spa, Russell will spend 2020 with Williams.

Kubica, though, reckons it is only a matter of time before he steps up to a race-winning team.

“George is incredibly talented, everyone knows how fast he is,” the Pole told Auto Motor und Sport.

“Of course I will be compared to him although that’s hard to compare as we are at a completely different stage in our career.

“George deserves a car that he can drive in the front. He has the skills, he showed it in GP3 and Formula 2. I’m not worried about that.

“It’s only a matter of time before he sits in a competitive car.”

It is, however, Kubica who has Williams’ sole point of this season.

He was P12 at the German GP but was elevated to 10th when the Alfa Romeos were demoted for clutch infringements.

Asked what bagging a first point after ‘3,178 days of rest’ meant to him, Kubica replied: “I’m not getting too emotional about that. I would have preferred to have it without the punishment of another.

“It was a happy point, if we are honest.

“I deliberately drove very conservatively because I knew it would pay off in the end if I survived.

“I was in a conflict. On the one hand you want to risk the tyre choice because we have nothing to lose. On the other hand, in our position we can not risk throwing the car away.

“As the the next race follows days later, we might have needed parts and an accident would have put us in a difficult position.

“I think the point helps the team more than me. Williams has gone through hard times. The point shows the team that you must never give up.”