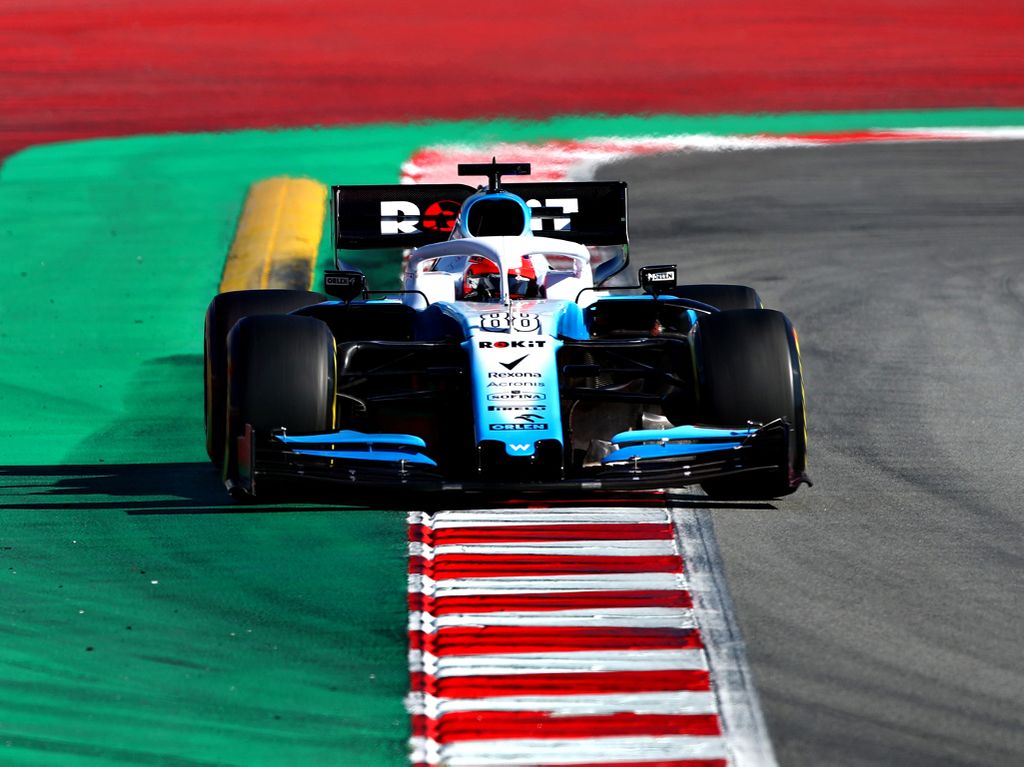 With just two days of testing remaining, Robert Kubica hopes Williams can “play a little more with the car” as they look to make up for lost time.

Having missed the first two and a half days of testing, the Grove team is firmly on the back foot.

They did, however, manage good mileage on Wednesday with Kubica covering 130 laps of the Circuit de Catalunya to go with the 119 George Russell completed the previous day.

Kubica, though, says they still have a lot to learn about their Mercedes-powered FW42.

“It was a normal day of testing,” he told the assembled media in Spain.

“Unfortunately we are running a bit late with our test programme because of last week’s issue so it’s a bit of mixed feelings.

“On one it’s positive that we did a lot of laps, but from the other side we’re missing a lot of time.

“So, we are not in the position we want to be, especially from my side and an engineering point of view.

“I hope the next few days we will have a bit of time to start playing with the car and see how the car reacts to different things.

He added: “Going to Australia without a lot of testing is not helping, but that’s reality. I have to make sure I maximise my time in the car.”

The 2008 Canadian Grand Prix winner also touched on his arm injury, sustained when he crashed at a rally back in 2011.

“It feels good,” he said. “I feel I’m in the position where I should be.

“Again, driving more will help because in the end, you can prepare as much as you like in doing exercises, but driving an F1 is a different story.

“The body will adapt and react, and we did a lot of laps today without any issues, so I’m happy frmo a pohysical point of view.”