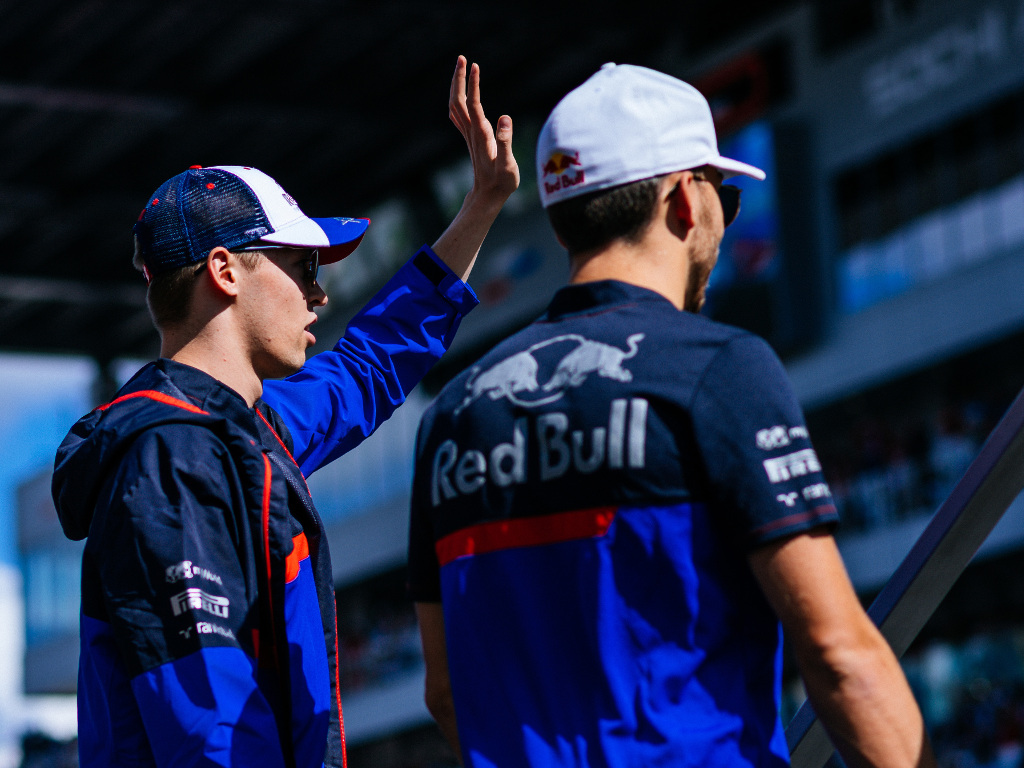 Daniil Kvyat sees himself as a “living example” to AlphaTauri team-mate Pierre Gasly that a driver can recover under the Red Bull programme.

After stints with Toro Rosso and Red Bull, Kvyat was dropped from the Red Bull programme in 2017 and spent 2018 as a simulator driver with Ferrari.

The Russian would be recalled to the Red Bull fold for 2019 though to race for Toro Rosso again, and although he started the season alongside rookie Alex Albon, he finished it with Pierre Gasly as his team-mate.

Gasly suffered a torrid first half of 2019 following his promotion to Red Bull, causing him to be demoted back to Toro Rosso over the summer break.

But the Frenchman looked rejuvenated after his return to the junior outfit, and Kvyat believes he serves as a “living example” to him that a driver can turn their career around under the Red Bull programme.

“I think almost everyone who’s come through this team has been very talented,” Kvyat told Motorsport.com.

“Some were unlucky with timing, like in my case at Red Bull Racing it was not the best timing to be in the team. I really don’t want to talk for Pierre, what happened to him at Red Bull, it wouldn’t be right.

“But now of course it’s all OK. He had a shorter time at Red Bull, and he has a living example in front of him that everything’s possible, even if you get dropped from Red Bull. It’s good that they gave a second chance to both of us, I think.”

With no suitable junior drivers in the waiting, Red Bull had little choice but to stick with Gasly and Kvyat for 2020, giving AlphaTauri their most experienced driver partnership yet.

“I don’t want to give too much deep thought about my current situation or my past situation, it’s just the way it happened. It could have not happened, but it happened, and I’m pretty happy.

“Of course, I’m always grateful to Red Bull. They’ve been very harsh on me, but also very good to me at the same time. There are many things that I’m grateful for, and hopefully the relationship continues to be very strong.”

Kvyat was willing though to open up about his year on the sidelines in 2018, saying it changed the way he viewed his F1 career and taught him what really was a bad situation.

“I think once you see everything from a different perspective, maybe you’re outside from the sport, and you think, ‘OK if I ever have a chance then I will kind of give it more love, and more passion’,” he explained.

“Then during the year you become more and more competitive, and you always want more. It’s normal.

“Whenever I have a bad day I remember those days and I say, ‘OK every day here is a good day, no matter how disappointing the race was,’ and so on. Of course those times definitely helped, yes.”