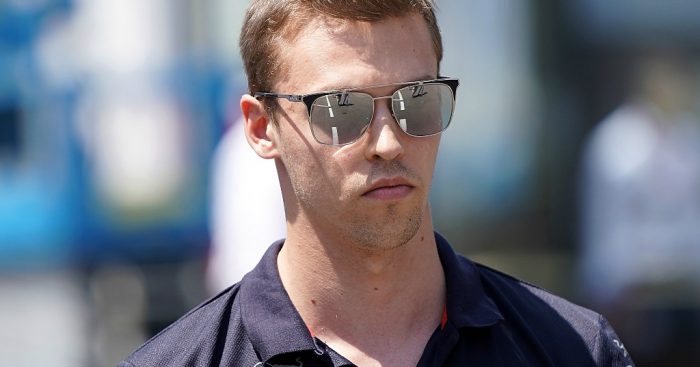 Daniil Kvyat is concentrating on “Toro Rosso and nowhere else” amid rumours that he is first in line to replace the struggling Pierre Gasly.

Kvyat, who knows all about what it is like to be demoted from the Red Bull senior team having experienced it himself in 2016, has been strongly linked with taking Gasly’s spot should he continue to be so far adrift in the top six battle.

But, whilst the rumours continue to swirl, Kvyat is paying no attention to outside noise and wants to stay focused on his own performances.

“I haven’t been following any rumours surrounding Gasly,” Kvyat said via Formula Spy.

“Rumours come and go and my job doesn’t change. I’m a Toro Rosso driver now and my job is to be as good as possible and bring home results.

“I’m having a very good run with the team right now and I’m concentrating on being strong at Toro Rosso and nowhere else.

“Coming into this season, I said that I was going to let my driving and results talk. I’m going to continue that way and not speak aloud in words.”

Kvyat also said it is hard to compare whether Gasly’s current situation within Red Bull is a strong and accurate reflection of what he had to cope with a few years ago.

“Things were different for me in 2016,” Kvyat reflected.

“Every driver feels different in different situations and it’s hard to compare my situation to Pierre’s. It was not an easy period but, in F1, it’s never too easy.

“It was generally OK but I don’t know how it is compared to others.”