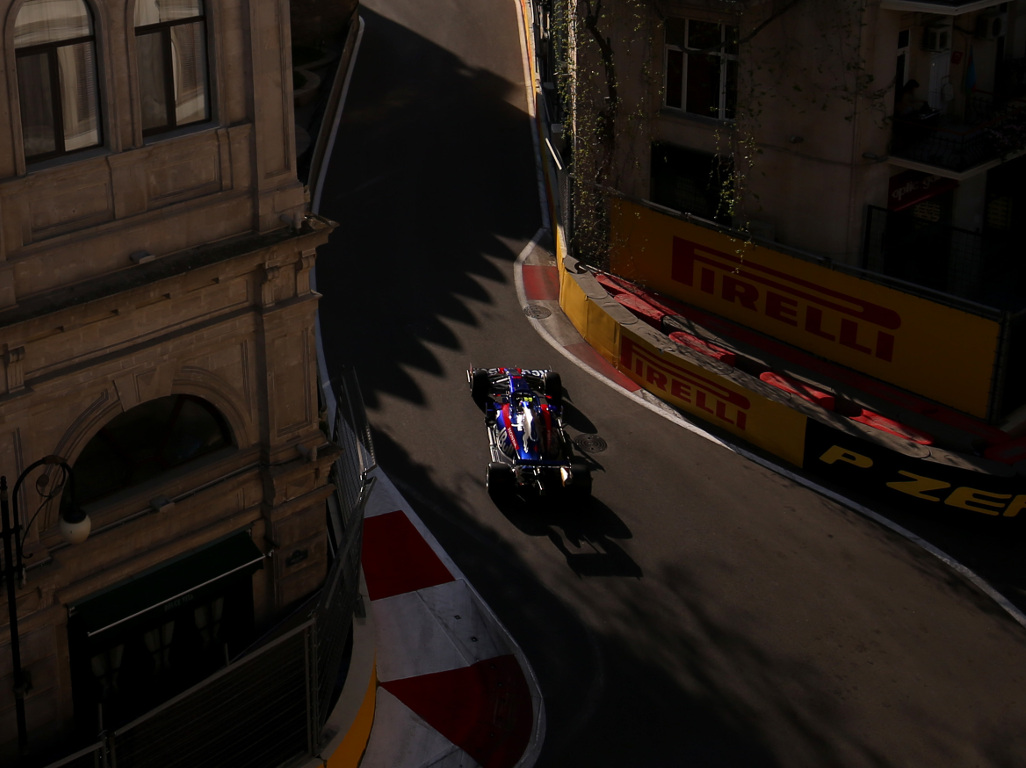 Covering just 10 laps on Friday in Azerbaijan, Daniil Kvyat sees no reason why Formula 1 should even bother with Friday practices, unless of course it is a brand new track.

Friday’s action in Baku was stop-start was FP1 was cancelled after 15 minutes when George Russell hit a loose drain cover while red flags blighted the afternoon’s second session.

One of those red flags was caused by Kvyat who crashed on his ninth lap of the session, hitting the barrier at the exit of Turn 7.

But with just 10 laps in total on the board for Friday, he reckons F1 doesn’t need Friday’s three hours of running.

The Toro Rosso driver told RaceFans.net: “Maybe we need to just come to the track on Saturday.

“Honestly we are so… all the tracks, we know them.

“I think we need to allow extra time at new tracks like it’s going to be in Vietnam, maybe.

“But it’s up to the F1 people to decide what’s best.

“Every driver’s different, someone needs maybe five hours but not me.”