Home News Kvyat on Albon debut: Why was it a good start? 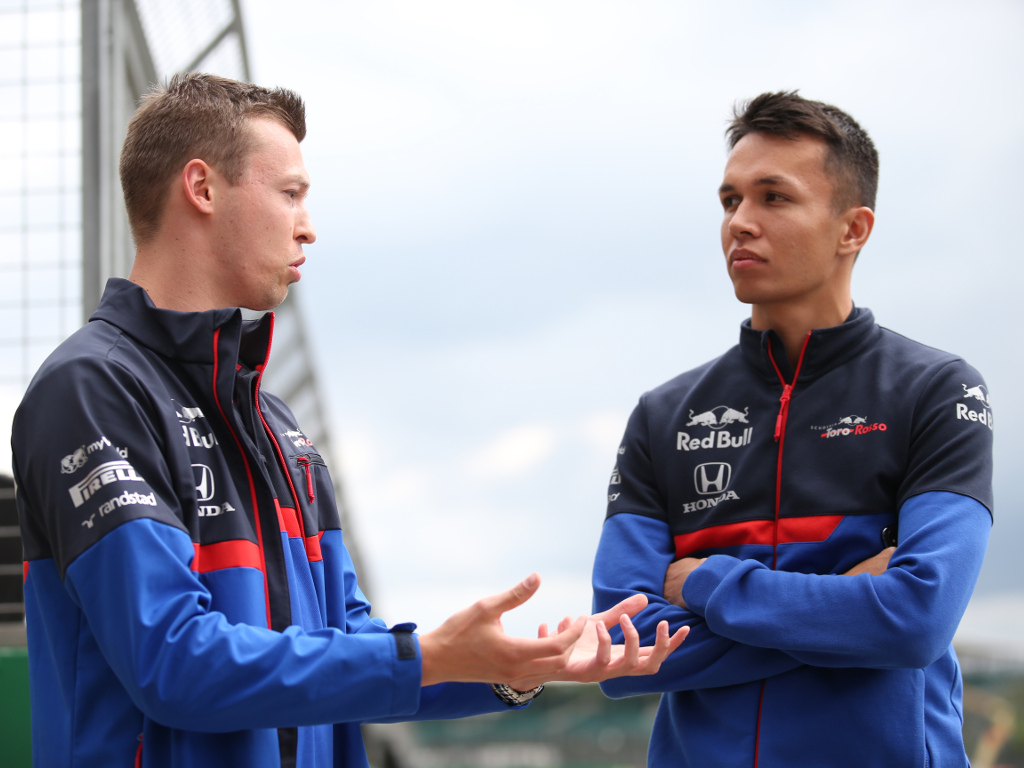 Christian Horner and the Red Bull bosses may be impressed with Alexander Albon’s Spa debut but Daniil Kvyat says it wasn’t all that great.

Albon made his Red Bull debut last time out at the Belgian Grand Prix, racing from 17th on the grid to fifth at the chequered flag.

But he wasn’t the only Honda-powered driver pulling off the moves last Sunday.

Kvyat started 19th and raced his way to seventh, and did so in a Toro Rosso, which is believed to be a lesser car.

“I don’t know why you call it such a good start?” he said.

“And he started in front of me as well.

“I don’t know, maybe in the future he will do better.”

The Russian driver says he only really aware of Albon’s progress given that he was racing the Thai-British racer.

“Normally I don’t [care], but I had to because we were fighting the whole race at Spa,” he said.

“If he stayed at Toro Rosso it would have been an amazing race for him, but he was at Red Bull.

“Maybe it was the maximum that the car could achieve that day, but the fact that we were fighting and I held a Red Bull car for most of the race at Spa, it was a pleasing race for me.”

Red Bull have yet to announce Max Verstappen’s 2020 team-mate with Albon, Kvyat and Pierre Gasly all in the running.