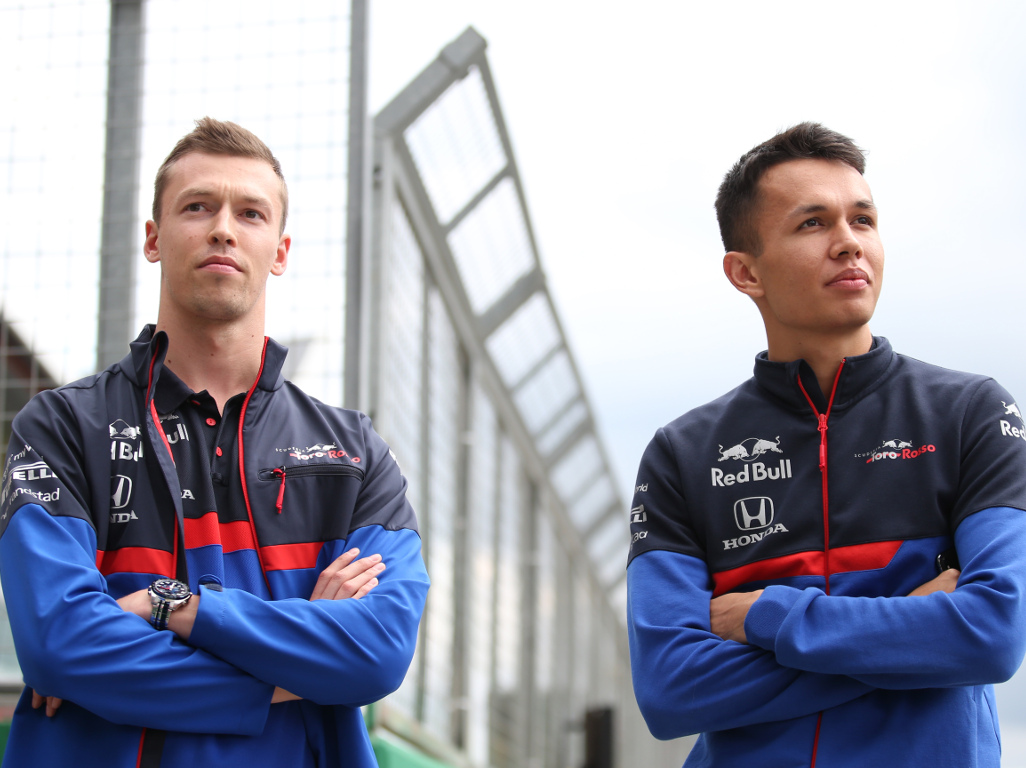 Daniil Kvyat respects Red Bull’s decision to promote Alex Albon from Toro Rosso and will not spend time analysing the reasons why.

The Austrian outfit finally grew tired of Pierre Gasly’s poor performances alongside Max Verstappen, capped off with a failure to overcome the McLaren of Carlos Sainz in Hungary.

Gasly will head back to Toro Rosso with Alex Albon coming the other way to take over behind the wheel of the RB15 in what is his debut Formula 1 campaign.

Despite securing Toro Rosso’s best result of the season and second podium in the series with P3 in Germany, Kvyat failed to secure a Red Bull recall, but he insists that it’s important to respect the decision.

“I found out everything in a day,” Kvyat is quoted by F1i.com as having told Russia’s Championat. “We had a telephone conversation with Dr. Marco.

“It is necessary to respect such decisions and work on.

“I think they just want to see how Albon will perform behind the wheel of a car that is able to win, and with a partner like Verstappen.

“I have already been to Red Bull, and I think that played a role in the choice.

“Everything that will happen after 2019 is still unclear. I think we need to wait another two or three weeks, and then the prospects will become clearer.

Kvyat, who drove for Red Bull from 2015-16, believes trying to analyse the situation is a waste of time.

“You can look at this situation from different points of view, but I’m not going to do this or engage in deep analysis,” he explained.

“Everything is very clear: you just need to do your job well, and everything will be fine. You need to look at the results, at your own progress.

“If everything goes right, then in the future everything will be fine. So, I’m not going to spend a long time thinking about these things that are not directly related to the results on the track.

“I’m just going to do my job well – I think we are very good at it.

“Toro Rosso had a podium in Germany – the first podium in 11 years thanks to our teamwork and to me.

“I am very glad that I became the one who brought the podium to this team.”