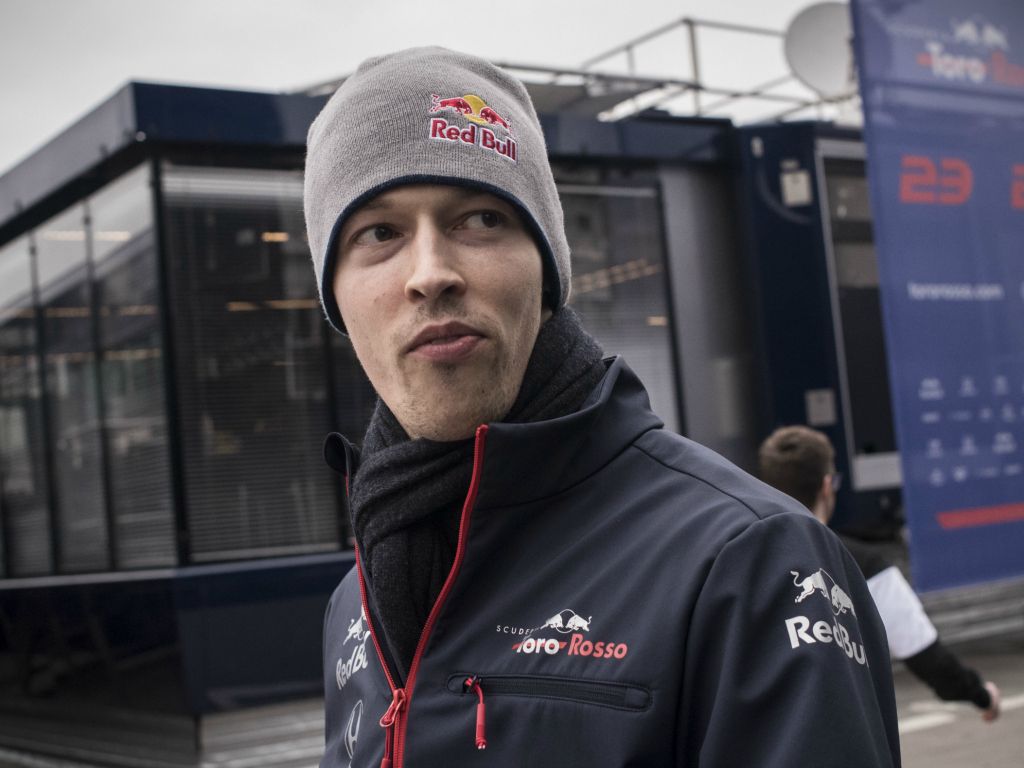 Daniil Kvyat says he “totally disagrees” with his drive-through penalty after he collided with both McLaren’s at the Chinese GP.

The Toro Rosso driver re-activated torpedo mode when he was involved in a three-way crash alongside both McLaren’s at the start of the Chinese Grand Prix.

Kvyat and McLaren’s Lando Norris sandwich the second McLaren of Carlos Sainz at Turn 6, throwing Norris’ car onto two wheels and causing damage to all three – the Virtual Safety Car was needed to clear the debris.

However, the Russian was shocked to have been handed a drive-through penalty for his efforts, and will demand answers from the stewards.

“Regarding the lap one incident, I’ve seen it many times now and to be honest I totally disagree with the penalty,” he told reporters in Shanghai.

“I will speak with the stewards behind closed doors to see what their opinion is on that.”

Kvyat had appeared to understeer into Sainz, but he argued this was not the case.

“Absolutely no understeer, nothing like that, honestly” he explained.

“It was a corner exit and my car was already totally straight. The regulations say I have to leave a cars width to the car next to me and it was three cars in one corner with one coming back on track very sharp and another sandwiched behind.

“So I will speak with the stewards behind closed doors to try to find a solution.

“I haven’t seen Carlos’ onboard but I’ve seen mine and Lando’s and honestly I don’t see that this incident was very particular [in blame]. This is exactly why I don’t understand this [penalty].”

His team-mate Alex Albon had a better race, going from a pit-lane start to claiming a point for Toro Rosso with P10.

Kvyat was particularly disappointed because he believed with a clean race, he would have been well within the points-paying positions.

“An unfortunate race with the pace I think we had today,” said Kvyat.

“Very unpleasant not to be able to transform the pace into anything in the last two races now.

“It’s a cold shower for us because the potential was very deep in the points.”

Sainz stressed that he doesn’t “pray for penalties” to be handed out, but believes Kvyat needed to show more patience.

“It’s a very long race in Shanghai, there’s overtaking opportunities, [Alex] Albon finished in the points starting from the pitlane. It just shows – lap one, yes, it’s important, but in places like Shanghai it’s a long race and you just need to be patient.”

Norris admitted that he hadn’t seen the crash clearly, but since the stewards had deemed Kvyat responsible, then he was angry with him for ruining McLaren’s entire race.

“I didn’t see so I can’t say exactly whose fault it was but if the stewards have said that then it’s a shame because he effectively took both of our cars out of contention for getting points – which was possible.

“It’s never nice to have contact with anyone, so for one guy to ruin both McLarens’ races is frustrating.”