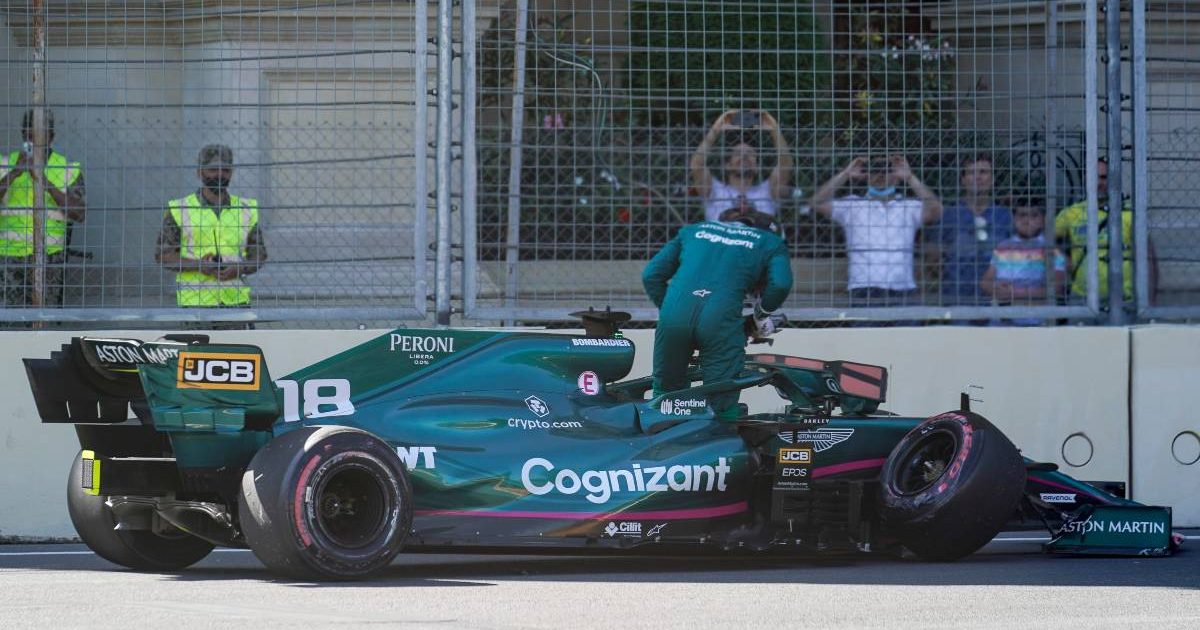 Lance Stroll is still searching for answers after his high-speed crash down the main straight during the Azerbaijan Grand Prix.

Neither Stroll nor his Aston Martin team-mate Sebastian Vettel made Q3 in Baku, so Stroll decided to start on the hard C3 tyre and go long in the hope of a Safety Car.

That Safety Car did indeed arrive, but not in the way Aston Martin were hoping for.

On lap 30, the cameras switched to the scene of Stroll crashing into the wall down the start/finish straight, with onboard replays suggesting the rear left tyre had failed on Stroll’s AMR21. Fortunately, the Canadian left the scene unhurt.

Later in the race, leader Max Verstappen suffered a near identical incident, with the Red Bull pit wall believing it was a rear left tyre blowout, the exact failure which had ended Stroll’s race in their opinion.

Stroll is not certain yet what caused his crash, but said it felt as though the “rear just let go”.

“I don’t know, we’re still looking into it, I felt like the rear just let go,” he told reporters.

“I don’t know if it’s a puncture, suspension or debris, we’re still looking into it.

“It’s a shame, it was looking quite good, we were overcutting the field. I think we had good potential for something big today.”

In an interview for the Aston Martin website, he added: “I’m frustrated not to finish the race, but I’m okay.

“We were on course to score good points by running much longer before the pit-stops and overcutting a lot of cars. That proved it was the right call to start on the hard tyres because we had good pace throughout the first stint and the race was coming to us.

“It’s been a challenging weekend for me but there are positives to take, especially our race pace and, of course, the podium for Sebastian. Huge congratulations to the whole team.”

While the Azerbaijan Grand Prix went to nothing for Stroll, there were wild celebrations as Vettel delivered a P2 finish for the team – Aston Martin’s first visit to the podium.

At one stage leading the race when Hamilton, Verstappen and Perez had pitted, Vettel made great progress after starting P11 and at the time of Verstappen’s crash was then promoted into the podium places.

At the race restart with two laps to go, Hamilton accidentally touched a brake switch which effectively shut them off, causing the Mercedes driver to go off at Turn 1 and hand P2 to Vettel.

Vettel was voted Driver of the Day and now shoots up to P9 in the Drivers’ Championship on 28 points, while Stroll has nine to his name.