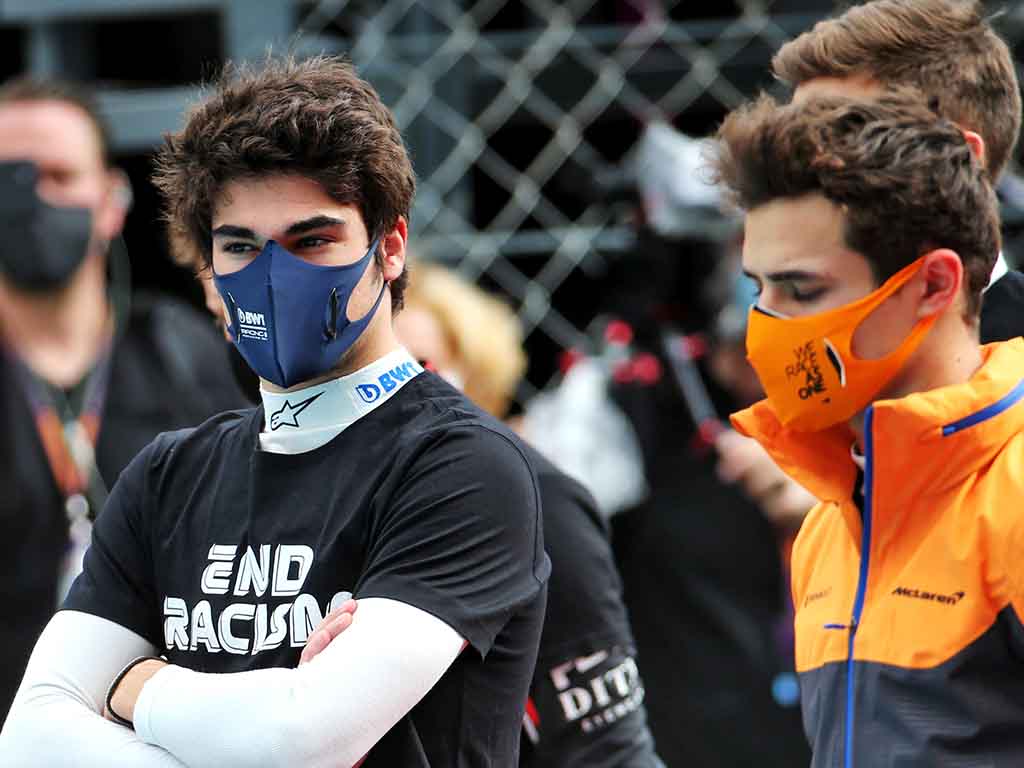 Lando Norris has criticised Lance Stroll for not learning from his mistakes after the pair collided in the Portuguese Grand Prix.

It was a memorable return to action for all the wrong reasons for Stroll after sitting out the Eifel Grand Prix with illness.

By lap 10 at Portimao, Stroll had already been shown the black-and-white flag for exceeding track limits three times, then eight laps later he was involved in a collision with Norris which sent them both to the back of the pack, forced into lengthy pit stops.

Norris, meanwhile, was able to recover somewhat, but only to P13 and he was left a little perplexed by Stroll’s actions.

“I don’t know what Lance was doing really,” Norris said in the Portimao paddock.

“He went to the left which I was very surprised by when he very easily could have gone to the inside.

“I was easily halfway alongside and he just turns in so he obviously didn’t learn from Friday [referencing the crash with Max Verstappen in FP2] but he obviously doesn’t seem to learn from anything he does.

“It happens a lot with him so I just need to make sure I stay away next time.”

The incident ruined what was a brilliant race start by the McLaren duo of Carlos Sainz and Norris in tricky conditions.

“Yeah it was amazing, having an orange car in first and third,” Norris reflected.

“It was quite a sight to be honest. I don’t why that happened but I guess the Mercedes were on the mediums and Leclerc was too.

“But we still overtook quite a few soft tyre starters, just because we…I actually don’t know what we did. I think we risked quite a bit more on the opening lap.

“We just had a really good start, put the car where we had to and took the right risks.

“But then we suffered a lot with front graining and our pace started going really bad compared to others, especially the medium tyre runners.

“Yes we did end up struggling in the first stint but so did a lot of other soft starters, but we did a good job in trying to recuperate.”