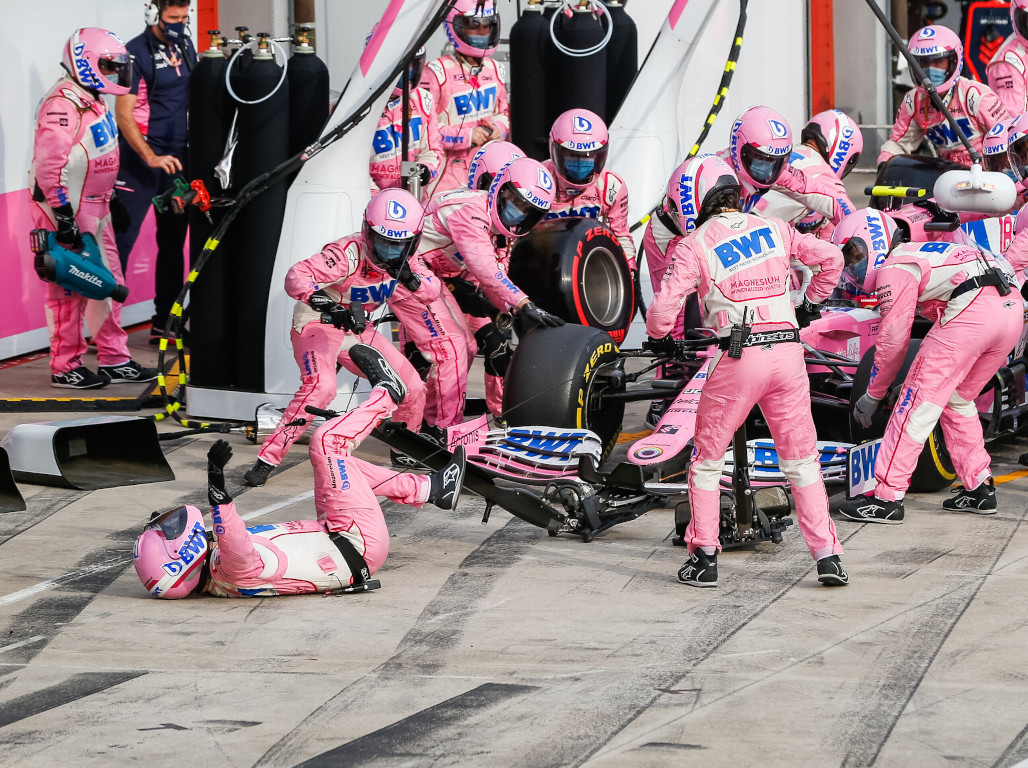 On a day when drivers made embarrassing mistakes, Robert Doornbos reckons Lance Stroll taking out his jack man was “most embarrassing thing” at the Imola GP.

Stroll did not cover himself in glory in Sunday’s Emilia Romagna Grand Prix.

Involved in a first-lap incident with Esteban Ocon that cost him part of his front wing, the Racing Point driver was running well down the order when he came in for a pit stop.

Stroll overshot the mark, sent his jack man crashing onto the ground and responded with a “sorry my brakes were cold”.

“Lance Stroll wasted his front wing on the first lap,” the Dutchman told Ziggo Sport. “That’s why he was running last.

“Then he enters the pits and he skittles his front jack man upside down.

“That’s the most embarrassing thing that can happen as a driver.

“If you’re fighting for the lead now, or for points, I understand that the adrenaline is high and that you might slow down by about ten centimeters.

“But look, he just out-braked himself by a metre nd a half.”

Thankfully the jack man was unhurt in the collision.

Stroll brought his RP20 home in 13th place which meant he has not scored a single point since his third place at the Italian Grand Prix.

And on a day when Sergio Perez was sixth, extending his points-scoring run to eight races, Doornbos feels Stroll let himself down.

“In the end you have to show the performance,” he said.

“The chances you get in a good car, because that shows with Perez, who finished beautifully in fourth place in Portimao and again [at Imola] had a nice top six.”