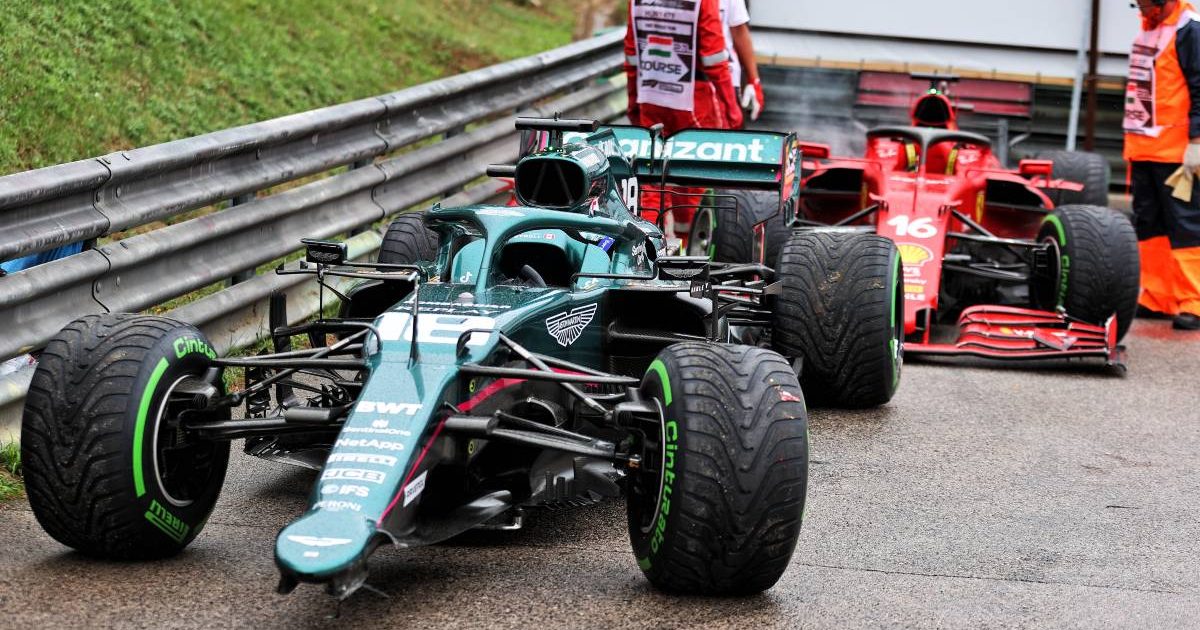 Lance Stroll will drop five places on the grid in Spa after he wiped himself and Charles Leclerc out at the start in Hungary.

The rain began to fall at the Hungaroring shortly before lights out, meaning the intermediates were needed for the start on a very slippery surface.

But the tyres could do little to lessen the chaos at the start, initially triggered by Valtteri Bottas who slammed into the back of McLaren’s Lando Norris, an incident which also unwillingly involved the Red Bulls.

Bottas, Norris and Sergio Perez were all eliminated in that crash, but behind this there was further carnage as Stroll went into Turn 1 with far too much pace, mounting the inside kerb and clattering into the Ferrari of Charles Leclerc.

That incident eliminated both drivers from the Hungarian Grand Prix, and just like Bottas, Stroll will be sent back five places from wherever he qualifies at the next race in Belgium, which will be Formula 1’s first outing after the summer break.

Speaking in the paddock after the incident, Stroll said: “Just challenging conditions, a lot going on, and just a shame I’m here now, unfortunate.

“It was just really tricky, very slippery, I tried to avoid the cars in front of me and it was just a disaster. It’s very frustrating.”

While Stroll’s Hungarian Grand Prix did not go beyond Lap 1, Aston Martin still had plenty to smile about as Sebastian Vettel seized the opportunity to cross the line P2.

The four-time World Champion spent most of the race harrying Esteban Ocon for P1, but ultimately was forced to settle for a second P2 and podium visit of the season.

The result sees Vettel move on to 48 points for the season, putting him level in the Drivers’ Championship with P9 man Pierre Gasly, while Stroll remains on 18 points.