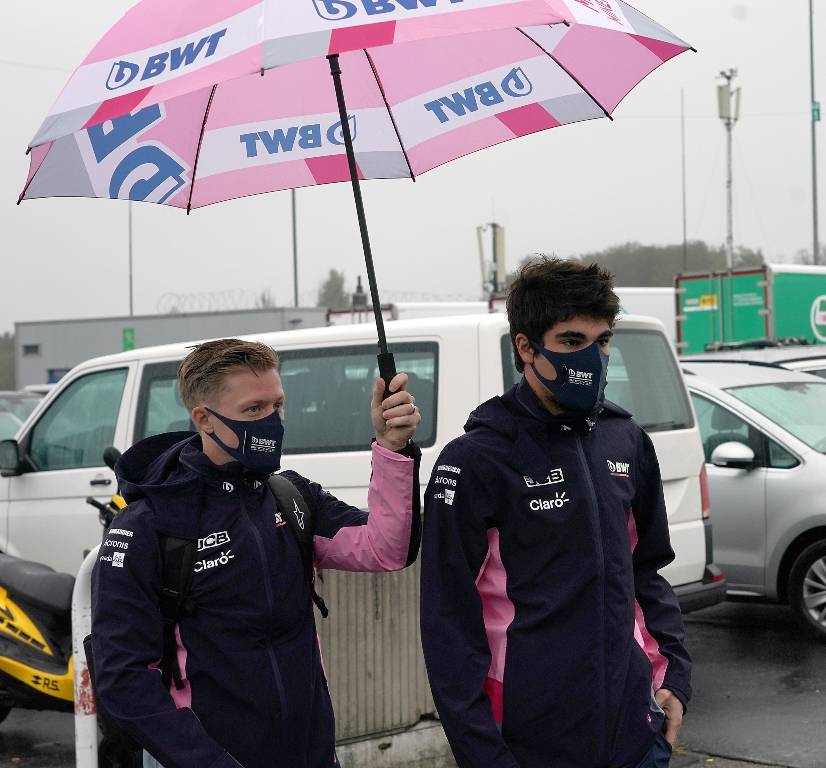 Racing Point have revealed a stomach upset, rather than typical COVID-19 symptoms, ruled Lance Stroll out of the Eifel Grand Prix.

The Canadian driver has not returned a positive result for COVID-19, although his most recent test was on Tuesday.

Stroll missed the first track action that could be staged at the Nurburgring, FP3 on Saturday morning, due to being unwell.

He later had to sit out qualifying, which meant Nico Hulkenberg was drafted into the team at short notice for the second time this season having deputised for Sergio Perez at Silverstone.

That was also for health reasons, with Perez testing positive for COVID-19 and having to miss the British Grand Prix and the following weekend’s 70th Anniversary Grand Prix.

Otmar Szafnauer, the Racing Point team principal, explained that Stroll has been off-colour since the Russian Grand Prix at Sochi two weeks ago but has passed all of his COVID-19 tests.

“The pre-event test was Tuesday,” said Szafnauer, quoted by The Race. “We got the results on Wednesday. He hasn’t been tested since. We are following the FIA protocol. His next test is either Sunday or Monday.”

Not a textbook preparation for qualifying today, but what a great effort from @SChecoPerez and @HulkHulkenberg out there 🤜🤛#EifelGP #F1 pic.twitter.com/iICg9cR6ch

Stroll told the team 30 minutes before FP3 he was unable to drive but hopes to be fit for the back-to-back races in Portugal and Italy on October 25 and November 1 respectively.

“He hasn’t been feeling great since Russia,” added Szafnauer. “Since we left Russia he hasn’t been that great, I think he had a bit of a cold.

“At first we thought well, we were in Russia, we’d better get tested for the virus.

“We’ve tested him multiple times, including the pre-event test for this race. He’s come back negative three, four times.

“He doesn’t have the classic COVID-19 symptoms. He just doesn’t feel well in himself.

“He has a bit of an upset stomach. So he was on the toilet the whole time. And he said ‘I’ve just got rid of a lot of fluid and I can’t get off the toilet for long enough to get in a race car’.

Stroll is being monitored by a doctor and will fly home when he feels better. He will not return to the track.