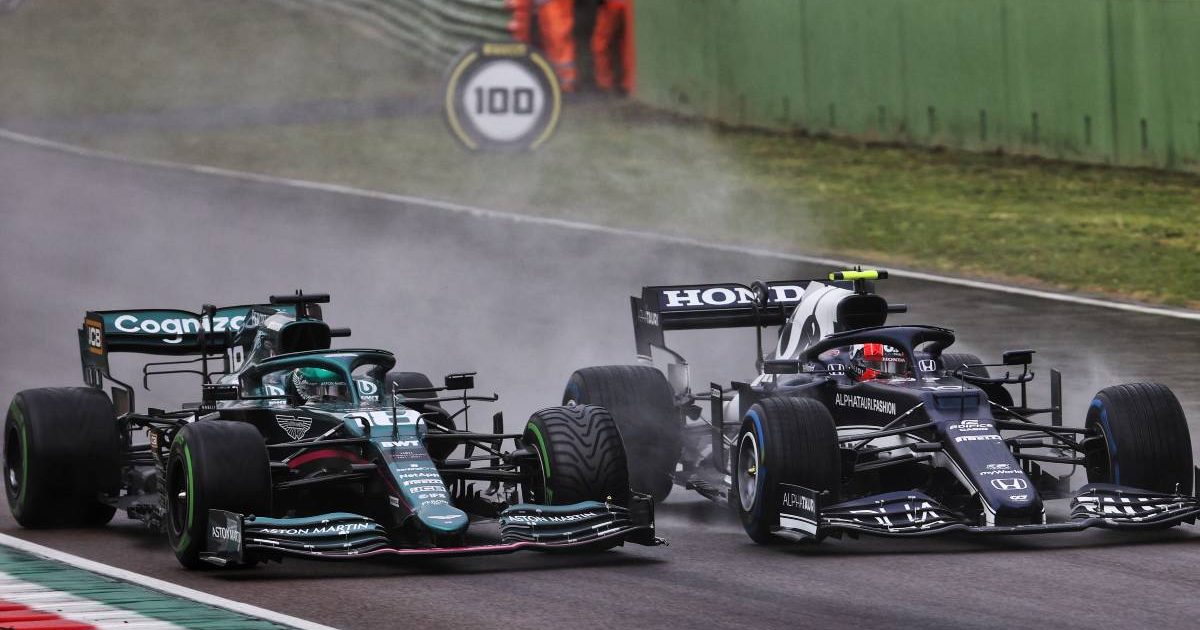 Lance Stroll has been given a five-second time penalty after cutting Turn 3 at Imola to overtake Pierre Gasly.

After starting the 2021 season with a point in Bahrain for P10, Stroll lined-up on the grid in that same position for the Emilia Romagna Grand Prix hoping to add to his tally.

He did though have to overcome an early scare as his brakes caught fire on the parade lap.

And although the Aston Martin driver has achieved the target of points, he has dropped from P7 to P8 after the stewards judged him to have cut Turn 3 in order to pass AlphaTauri’s Gasly.

“The stewards were informed after the race of an alleged breach. Having reviewed the video and heard from the drivers, the stewards conclude that car 18 was not able to complete his pass on car 10 an Turn 2/3 without leaving the track, completely shortcutting Turn 3 and returning on the track ahead of car 10.

“He then failed to give the position back. In hearing from the drivers the stewards accepted that car 18 was ahead of car 10 at the point he left the track, but that he was in that position because of a maneuver that he was not able to complete on the track given the wet conditions.”

Two down, 21 to go. Packdown for Portugal begins here. pic.twitter.com/prW7XEDbTC

As well as the time penalty, Stroll was also given one point for his superlicence, taking him to four for the 12-month period.

Speaking about his race before the decision was announced, Stroll said: “The guys did a good job of repairing the car, the brakes were on fire on the formation laps.

“I had a problem with my visor at one point in the race, and then I had a gear shift problem throughout the race, so we need to look into that, that cost me a lot of lap time as well.

“We had some issues during the race but pulled it together. I think we still have some work to do, the competition is very strong.”