Home News ‘Stroll made the well-judged call for inters’ 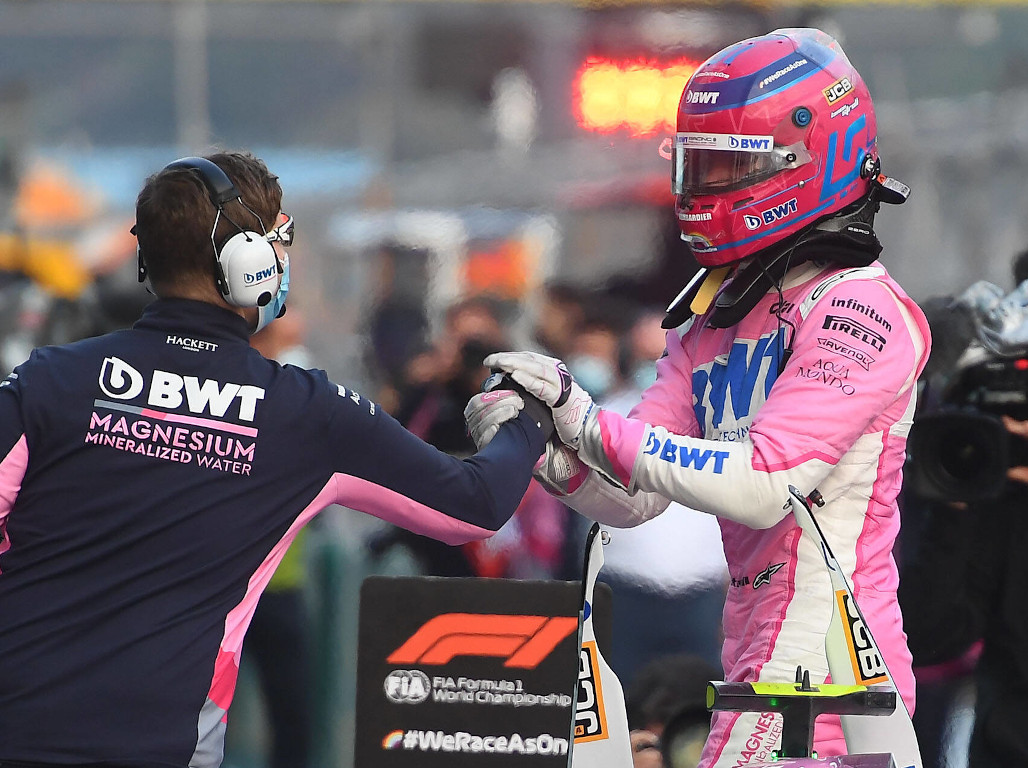 Lance Stroll made the call to go on the intermediate tyres with Otmar Szafnauer saying his pole position wasn’t “luck”, it was “deserved”.

After five disappointing and point-less race weekends, that had him admitting before the Turkish Grand Prix weekend that he wasn’t having much “fun”, Stroll bounced back with a shock pole position at the Istanbul Park.

The Canadian, who started Q3 on the intermediate tyres, clocked a 1:47.765 on his final lap to beat Max Verstappen by 0.290s with Sergio Perez P3.

According to his team boss, it was Stroll’s call to run the inters throughout Q3 while other drivers, such as Verstappen, started on the full wets before making a late change to the inters.

“It’s great, well-deserved,” Szafnauer told Autosport. “You can say that he’s been unlucky in the middle part of this year.

“He came in and said, straight away that towards the end of Q3, it’s going to be intermediates.

“He said it right at the beginning of Q3, ‘It’s not quite there yet, but it will be at the end.’

“He came in and put the intermediates on, and he was absolutely right. And he got the tyre to work, and deserved pole position.

“Both of them did a fantastic job. The conditions were the trickiest I’ve seen. A freshly resurfaced track that’s pretty slick without even water on it. And then add water and low temperatures as well, and it was like driving on ice, and they both did a great job.

“I mean, they’re very composed, Lance especially very calm, he communicated very well with the pit wall, told us what the conditions were like. Really good.”

Big thanks to the whole team. What a day 👊 pic.twitter.com/SzbYy20OEh

On a day when the likes of Mercedes struggled, Racing Point rose to the challenge that the conditions posed.

Szafnauer was proud of how his team reacted.

“What you had to try to do is estimate and guess as to when the track was going to be the quickest,” he said.

“And make sure you’re out there at that time on the right tyre. And I think we did well today. We hypothesised as to when the drivers should be out, when they shouldn’t be out, and we got that right.

“Always nervous moments when it is as slippery as it was out there, as slick as it was you never know when a driver could go off, damage a wing, get stuck in the gravel, all sorts of stuff can happen.

“And that does make for a stressful situation when you know you’re doing your best to qualify as high up as you can, but you have no control of what’s happening in the car. The drivers do.”

Looking ahead to Sunday’s grand prix where similar conditions are expected, he reckons the team is in “good shape” for a positive result.

“I think either way, we’ll be in good shape,” he added.

“Obviously we’ve got a quick car in the rain and we’ve set the car up properly, so if it is a wet start and it stays wet, I think that’ll bode well for us but if it’s not, I think we’ll have a good car that drives well.”