Home News Stroll believes Monza win was his ‘to lose’ 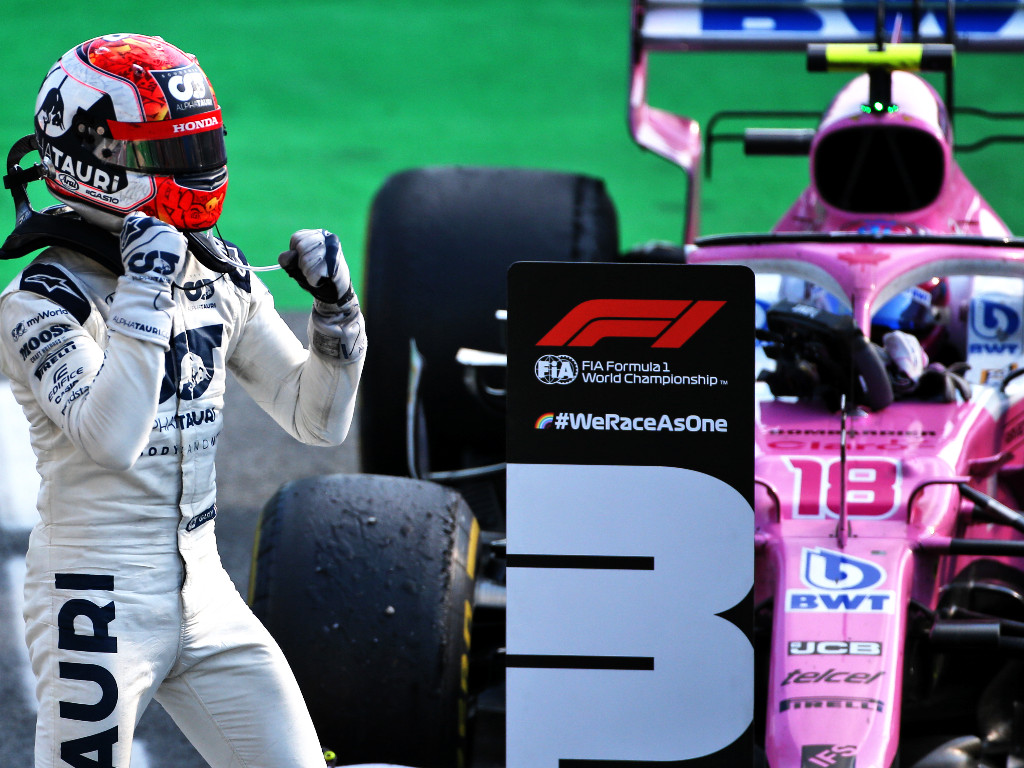 Lance Stroll was happy with a second career podium but said that the Italian Grand Prix win was his to lose.

Lewis Hamilton was handed a 10-second stop-go penalty for entering the pit lane when it was closed, and that, along with a red flag after Charles Leclerc crashed at the Parabolica, meant that Stroll restarted the race in P2 with fresh tyres after changing them under the red flags.

But Stroll struggled on the restart, dropping behind Pierre Gasly, Kimi Raikkonen, Antonio Giovinazzi and Carlos Sainz. Gasly would take over as leader after Hamilton served his penalty and the Frenchman would go on to win the race.

Stroll would recover to finish P3 and score his second podium in Formula 1, three years on from his maiden top-three finish at the 2017 Azerbaijan Grand Prix.

But, he couldn’t quite shake off the feeling that he had squandered a golden opportunity to win a Formula 1 race for the first time.

“It has been a couple of years since I stood on the podium, so it feels good to be back, and it was such a crazy race,” he told Sky F1.

“I am so happy for Pierre, he really deserved it as he had a really great start. He stayed consistent all the way throughout the race.

“It is a bit of a bummer. I think it was kind of mine to lose starting from second, but I just had no grip at the start.

“I had a ton of wheel spin and everyone flew by me. I had a good scrap with Carlos on the first couple of laps, and I overtook around the outside, but he got me again down into Turn 1.

“We were battling out there, so I am happy to pick up third. I think the win slipped away from us today, but third is great.”

Drivers aren’t used to having a break mid-race, and neither is Monza because that was the first time that red flags had interrupted a race there since 1995.

And Stroll admitted that the situation did feel quite “bizarre”.

“You’ve got to restart, and you are not used to that intermission halfway through a race,” he admitted.

“But it is great to finish third.”

The result sees Stroll rise to P4 in the Drivers’ Championship.