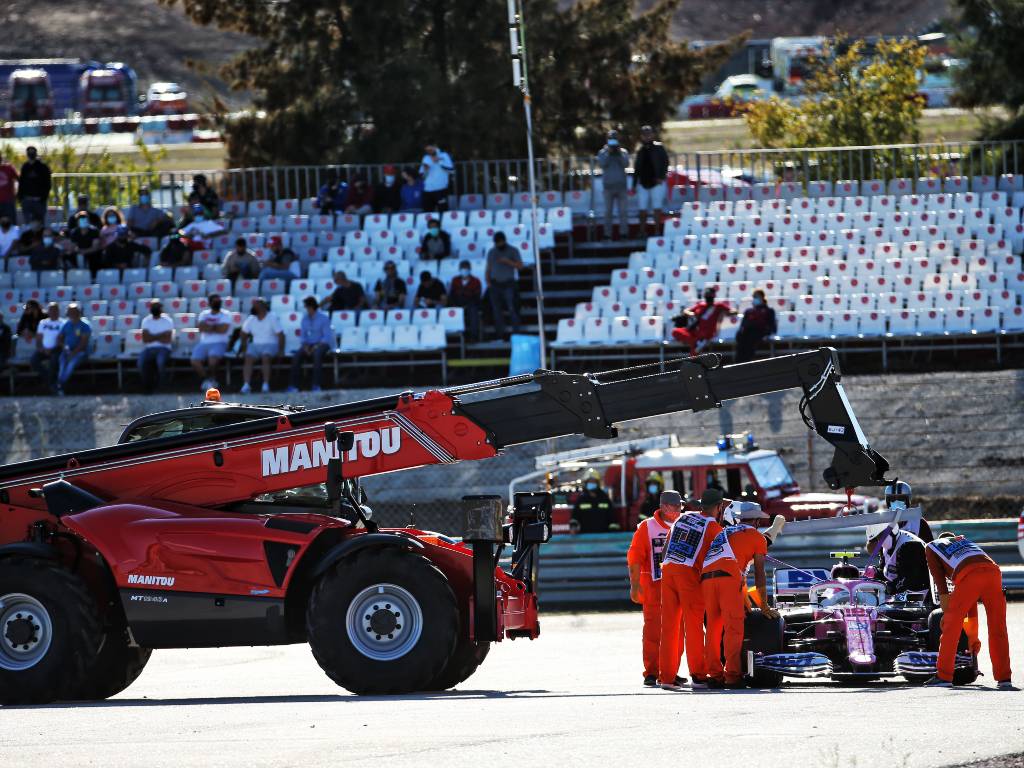 Lance Stroll revealed he and Max Verstappen had “cleared the air” following their collision during FP2 for the Portuguese Grand Prix.

The incident brought out the red flags for the second time during Friday afternoon practice at the Algarve International Circuit a few miles inland from Portimao, the first having occurred when Pierre Gasly’s AlphaTauri stopped on track and caught fire.

But the Verstappen-Stroll incident at turn one was purely down to the drivers, although the stewards did not find either of them to blame more than the other and decided against imposing any punishment.

On the pits straight, Stroll was just ahead in his Racing Point with Verstappen’s Red Bull close behind on his inside. As Stroll turned in to the corner, Verstappen was almost alongside and the two cars touched with the Canadian spinning off into the gravel.

The Dutchman afterwards described the collision as “unnecessary”, although he clearly felt his rival was at fault, while Stroll later confirmed the air had been cleared – but did not elaborate on what was said or the tone of it.

A hard collision, but no hard feelings after that FP2 moment for @lance_stroll 💥#PortugueseGP #F1 pic.twitter.com/fj0UTh8apM

“It was just a contact into turn one, it was unfortunate,” said Stroll, who is returning to action in Portugal after missing the previous race, the Eifel Grand Prix, due to illness and subsequently testing positive for COVID-19.

“I don’t think he was expecting me to be on a second ‘push’ lap and I wasn’t expecting anyone to be racing me into turn one.

“He had let me through into the last corner [of the previous lap] and then I expected him to take a gap, so I was busy looking at some things on my dash down the main straight.

“Once I looked up I was just focused on the corner, I didn’t expect anyone to be alongside me, so an unfortunate end to the day.

“We already went to the stewards and cleared the air, so it’s all good.”

In terms of responsibility, the stewards explained in their statement following their enquiry that “the drivers agreed in the hearing that the incident was the result of a misunderstanding between them and with hindsight, both could have contributed to avoid the incident”.