Home News Stroll blew his own victory chance with mistake 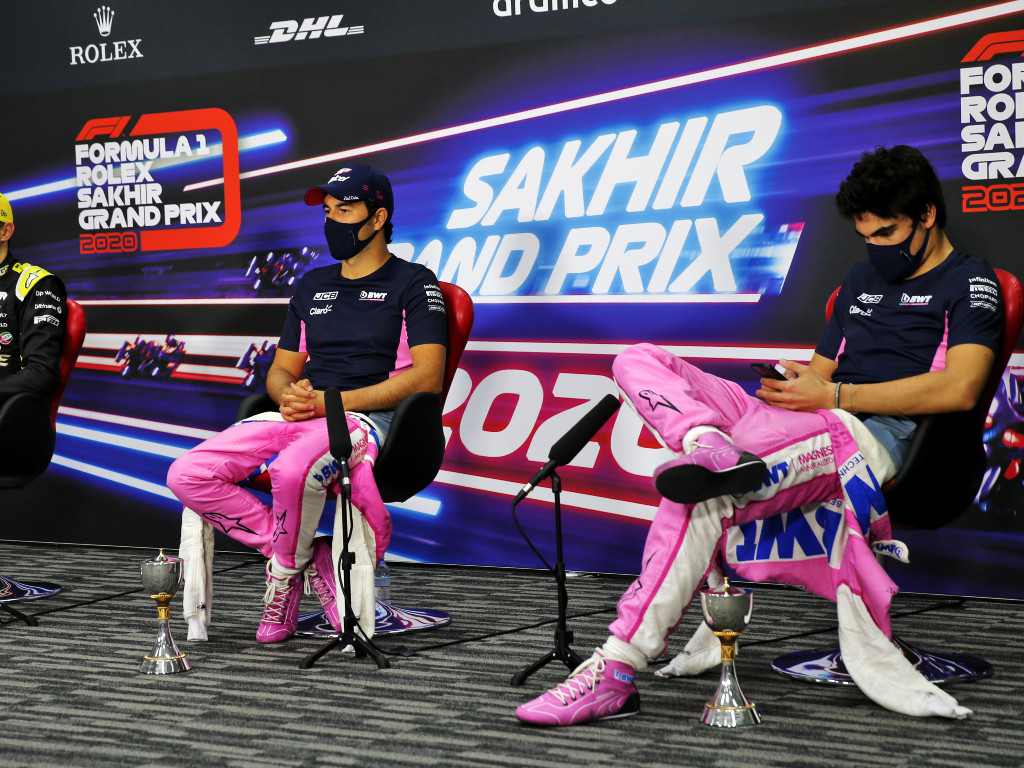 Lance Stroll thinks he cost himself a chance of winning the Sakhir Grand Prix with an error when leaving the pit lane.

Mercedes had the race all under control it seemed. George Russell swapped places with team-mate Valtteri Bottas at the start to take the lead, and after the first round of pit stops Bottas was slowly reeling the Briton back in.

But when Mercedes made a complete hash of a double-stack in the pits, suddenly everyone else came back in to play.

Bottas ended up getting sent back out on his old hard tyres and so on a one-way trip down the midfield order, while Russell had the wrong tyres fitted.

After that issue had been rectified it seemed Russell was on his way to recovery, working his way back up to P2 and quickly hunting down eventual race winner Perez, only for a puncture to force him back in to the pits.

The end result – Renault’s Esteban Ocon finished P2, his first podium in Formula 1, while Stroll crossed the line in P3 to earn a first double-podium finish for Racing Point.

But, if it wasn’t for a wide moment that allowed Ocon past at Turn 1 as Stroll exited the pits, then the Canadian driver feels he could have taken the win for himself.

And a lock-up which opened the door for Perez made the situation even worse for Stroll.

“A part of me is a little bit disappointed that I think I could have won the race,” he told reporters after the Sakhir Grand Prix.

“I went a little bit deep on my pit exit after my pit stop, and Esteban managed to get by me. Then I just didn’t have the pace.

“I locked up and Sergio went by, but I just didn’t really have the pace to overtake Esteban. I got held up there a little bit. But all in all very happy for the team.

“I mean it’s an unbelievable result and first and third is exactly what we needed this weekend for the Championship.”

Somebody pinch us. We must be dreaming. pic.twitter.com/Yfiu0ejSTa

Asked to explain the lock-up which cost him the position to Perez, Stroll said: “I think being in the fight with Esteban and Sergio, I was late on the DRS actually out of three.

“Sergio got a good run on me and then I was defending. I just miscalculated it, braked a little bit late and locked up.

“It’s one of those things but I am super happy for Sergio. He’s got a couple of races left for the team. He has been up there for such a long time waiting for the win and it came this weekend, so I am really happy for him.”