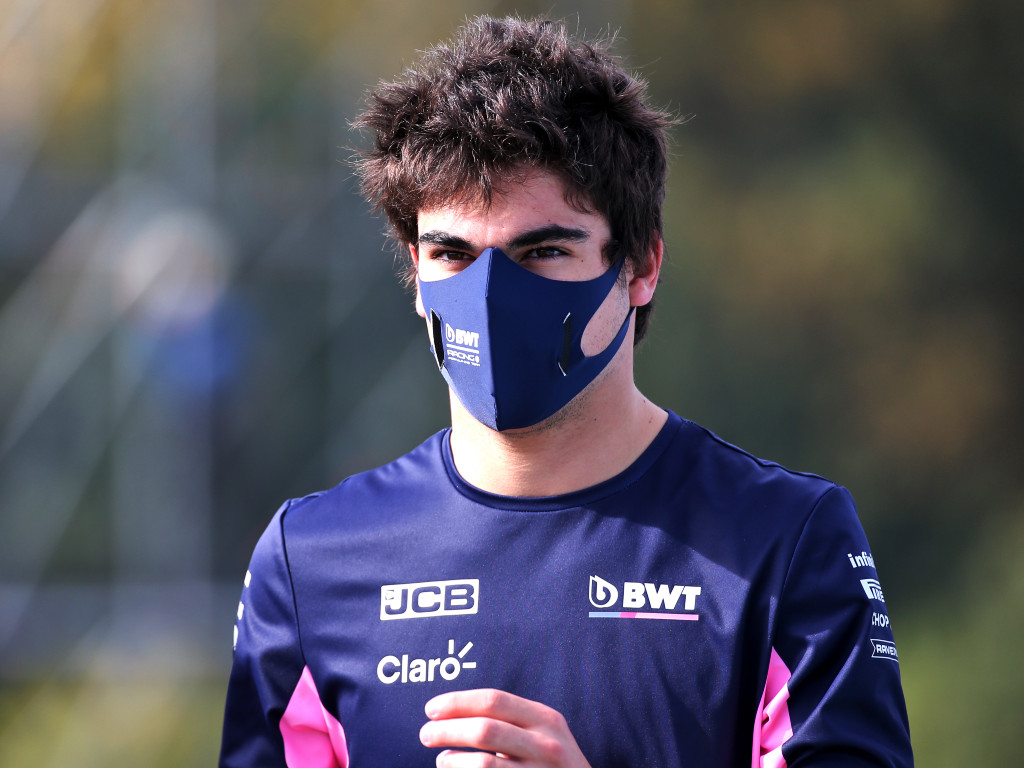 Having understandably been deflated after the race, Lance Stroll has revealed he is now able to “take the positives” from the Turkish Grand Prix.

The Canadian driver claimed a shock pole position in the wet at Istanbul Park and then converted that into a healthy lead during the race, looking as though he could go on and claim a maiden Formula 1 victory.

But, similarly to other drivers, things went wrong for the Racing Point man during and after the pit-stop phase.

Changing from full wets to intermediates on a drying track, Stroll suffered from graining on his tyres and gradually dropped down the order to a finishing position of ninth behind a podium of Mercedes’ Lewis Hamilton, his Racing Point team-mate Sergio Perez and Ferrari’s Sebastian Vettel.

It subsequently emerged that Stroll’s car had sustained “significant front wing damage” that had caused the graining and understeer.

But having had time to reflect, and as he prepares for the next race, the Bahrain Grand Prix, the 22-year-old is now looking back on the events in Turkey in a more favourable light.

“Obviously at first I was frustrated by it all because after the amazing high of taking pole position, we led more laps than anyone else in the race only to not make the podium,” said Stroll, who finished third in this year’s Italian Grand Prix.

“Now that we’ve understood why the tyres didn’t perform as expected, I can take the positives from it all.

“The first stint, building a lead, showed what’s possible and it’s all useful experience for the next time we are fighting up near the front of the field.”

Perez, meanwhile, insisted there is “a great atmosphere” at Racing Point as he heads into the final three races of his seven-year spell with the team, the first five of which were under their previous name of Force India.

The Mexican driver is being pushed out to make way for Sebastian Vettel when they undergo another rebrand to Aston Martin next season and is yet to have another job lined up – despite an excellent run of results throughout 2020.

“There is definitely a great atmosphere in the team right now,” said Perez, who has achieved 18 consecutive points finishes in races he has contested – he missed two this year after testing positive for COVID-19.

“I want to fight for P4 in the drivers’ Championship and we managed to take that position after a great result in Turkey.

“That gives me confidence going into Bahrain and Abu Dhabi. We want to be fighting for podiums and the chance to sign off this era on a real high for the team and myself.”