Home News Stroll ‘used up all my jokers’ on Monaco kerbs 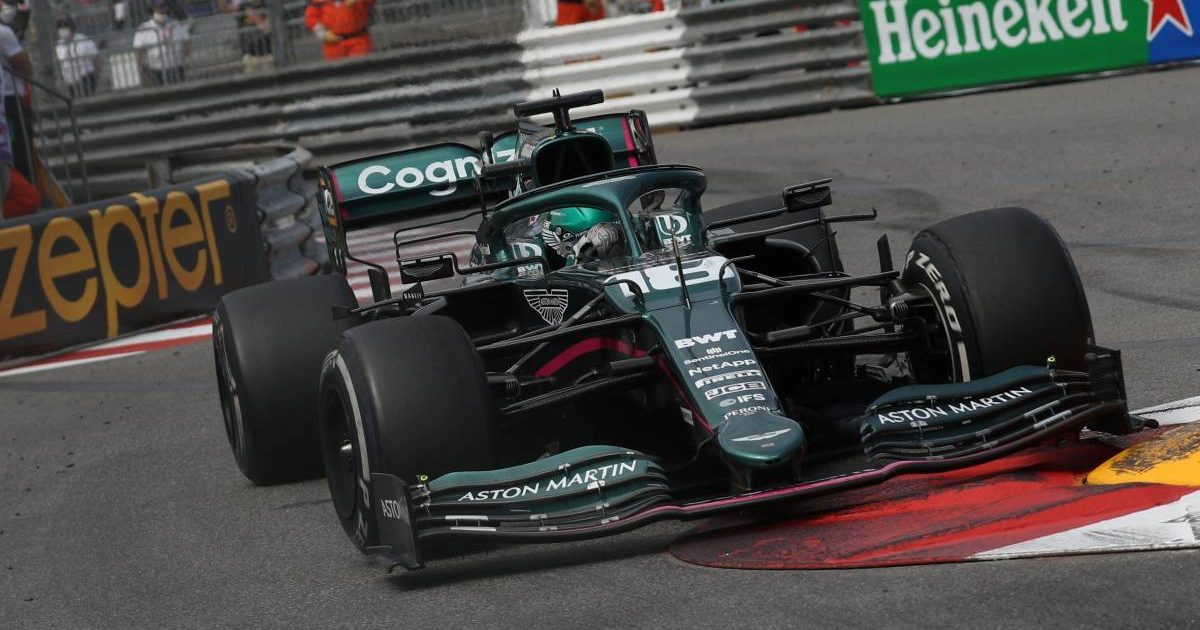 Lance Stroll feared his Monaco Grand Prix was over courtesy of the yellow kerb at the swimming pool complex, but his luck was in.

That chicane is one of the most difficult sections of track Formula 1 has to offer – the perfect entry is needed, missing the barriers by a matter of inches, but the slightest brush can send the driver off course and onto the unforgiving yellow sausage kerb.

And as Charles Leclerc found out in Q3, from that point on it is usually game over.

So when Lance Stroll found himself airborne for a moment in the race due to that kerb, he too for a moment felt a DNF coming – but the Canadian escaped with his Monaco GP still intact.

“I was pretty shaken up,” Stroll recalled, quoted by Motorsport-Total.com.

“The first time I saved it, but the second time I got pretty hard inside. You know what it’s usually like. That’s why I was pretty happy.

“I used up my jokers there.”

Aston Martin are lacking performance so far in 2021 compared to midfield rivals McLaren and Ferrari, while in recent rounds Alpine had also started to pull away.

But Monaco was a timely boost for Aston Martin as Sebastian Vettel crossed the line P5, comfortably his best performance and result to date with the team, while Stroll went from starting P13 to a points-paying P8 finish.

Gaining five positions is quite the achievement in Monte Carlo, and Stroll was keen to praise his team’s strategy for making it possible.

“We just had a great strategy today, the hard tyre worked great,” he said.

Stroll’s result was briefly under threat as the stewards opened an investigation into him potentially crossing the line when exiting the pits. Onboard replays showed his left front tyre was touching it at one stage.

Ultimately though no further action was taken, and even though Aston Martin did not inform him of the investigation, Stroll said he still heard word of the possible penalty and so started pumping in some quick laps.

“I heard about it from the cockpit, actually, that’s why I put in a few good laps. In the end, I had about 30 seconds of breathing space behind. So a 10-second penalty would have been bearable,” he said.

It's a double points finish on the streets of Monaco!

Amazing work from Seb, Lance, the pit crew and our strategists. We're only just getting started. 💚#MonacoGP pic.twitter.com/l4XXrBHq5H

That being said, the reason Stroll was so close to the pit exit boundary was because Aston Martin were spurring him on, looking to get out ahead of Alpine’s Esteban Ocon.

“I had heard we were in a long-distance duel with Ocon, so I was pushing,” he explained.

“I already thought it was on the limit and then we ended up six seconds ahead of him.”

Monaco is, of course, an anomaly on the Formula 1 calendar and so Stroll made it clear Aston Martin need to improve further if they want to keep scoring points consistently.

“The others are very strong. And we obviously benefited from other people having some difficulties – Leclerc, Bottas, even Hamilton was not where he usually is,” said the Canadian.

“It still needs progress on our side. If we want to consistently finish in the points and fight at the front, we still need to do some things.”