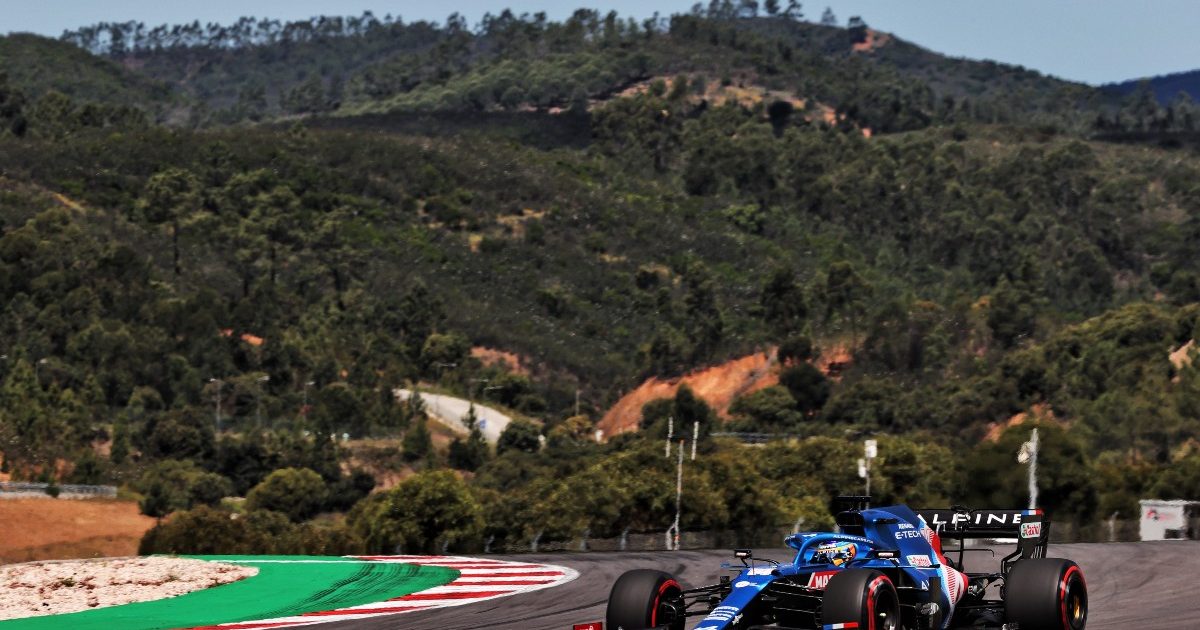 Alpine looked strong in FP2 in Portimao, securing P5 and P6, so much so that Lando Norris is worried about making it to Q3 ahead of them.

The French team formerly known as Renault have made a disappointing start to the season.

After spending 2020 fighting for P3 in the Constructors’ Championship, they seemed to have dropped down the pecking order in 2021 with McLaren, Ferrari and AlphaTauri all having comfortably quicker cars in Bahrain and Imola.

However, there were signs on the first day of running in Portimao that things are moving in the right direction for Fernando Alonso and co with the Spaniard securing P5 and Esteban Ocon finishing one place behind in FP2.

Both cars finished ahead of everyone in the midfield asides from Carlos Sainz, and their pace has Norris fearing that he may not make it to Q3.

“The Alpine was very fast today,” he told Sky Sports after the session.

“We know [Ferrari] are quick, so if they’re ahead of us it’s not a surprise, but normally we had a big gap to the Alpine the last two weekends.

“This weekend they seem a lot more competitive so it makes the chances of getting into Q3 a lot more difficult, two more cars we might be racing.

“It’s exciting but yeah it makes our life a bit more tricky, so it’s going to be tough.”

Alonso didn’t look fully comfortable in his A521 last time out in Imola, being beaten by Ocon in both qualifying and on race day.

After the first day of running in Portugal, he already felt happier than ever with his machinery, even though he was driving it on a track that was brand new to him.

“It was a good practice day for me and the most comfortable I’ve had this season compared to Bahrain and Imola,” he said.

“I was happy with the setup of the car quite early in the day, so I concentrated mostly on becoming more acclimatised to the circuit and then evaluating the tyres over the two sessions.

“There is still lots of data for us to analyse, but it’s a good start to the weekend. I enjoyed driving the circuit for the first time in a Formula 1 session, but I think traffic could be a challenge tomorrow in qualifying.

“It’s an exciting track to drive, that’s for sure.”