Lando Norris thinks that we could be in for a “crazy race” on Bahrain’s outer circuit given its lack of corners and short nature.

The second of the two races in Bahrain, the Sakhir Grand Prix, will see the outer track of the venue be used for the first time in Formula 1.

It’s not quite an oval but is the closest thing to it that the sport has seen in a long time, and Norris says that it could throw up some carnage.

“The outer circuit is definitely going to be different to what we’re used to in F1 which is exciting,” he said.

“It could be quite a crazy race with not so many corners, several long straights and lap-times of less than a minute. I’m sure it’ll provide some great racing during the 87 laps.

“We had a good race last weekend that showed the hard work everyone in the team is putting in both at the track and back home.

“We’ve got two more races to go, so we’re going to knuckle down, keep focusing on ourselves and keep pushing hard to perform as best as we possibly can.” 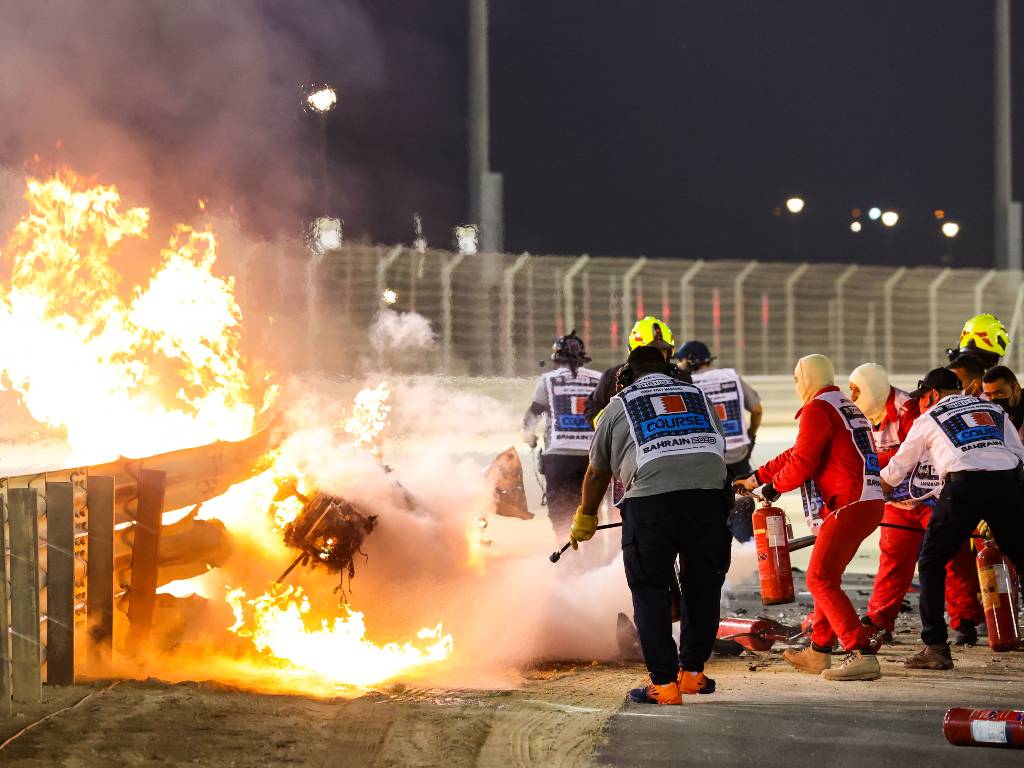 While Carlos Sainz also expects flat-out racing from the off, he’s perfectly happy with the race not being too dramatic after Romain Grosjean’s crash last time out.

“The team had a good outing last weekend that saw us score a decent amount of points. I felt comfortable in the car since Friday and we carried that feeling all weekend,” he said.

“The comeback from P15 was great, but I really look forward to a weekend with no unfortunate surprises like in quali and especially no dangerous events like the one we saw on Sunday with Romain.

“The outer circuit in Bahrain is not your typical F1 track. Even though we just raced here, we’re going to have to adjust the set-up quite a bit for this new challenge.

“We never really race on circuits with mainly long straights and only a few corners. It’s going to be interesting to see how this plays out in F1 cars as I’d expect there to be consistent flat-out racing.”

The McLaren pair finished in P4 and P5 in the last race, which was enough to give the team a 17-point lead in the Constructors’ Championship.