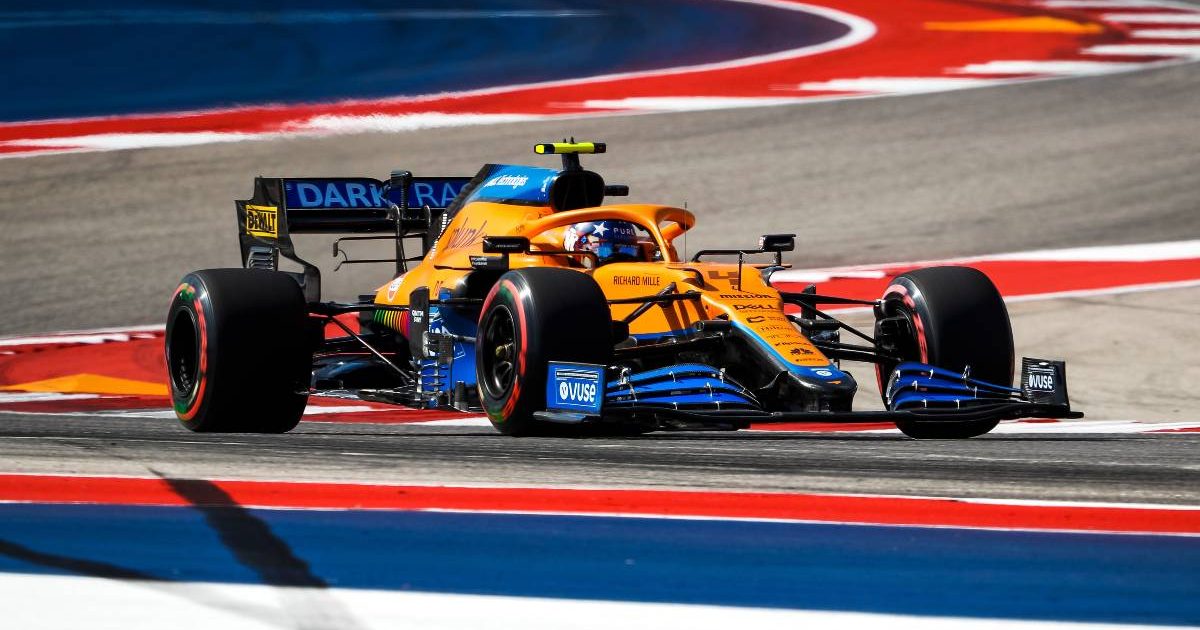 Lando Norris said he had broken “rule number one” in free practice for the United States Grand Prix – but still ended up in P2.

The McLaren driver had a quieter than usual weekend in Turkey last time out, starting and finishing seventh on a circuit where his car was less competitive than at other recent races.

But at the Circuit of The Americas, there are real signs that Norris could be back to the form that saw him finish second in Italy and go close to a maiden F1 victory in Russia, where his hopes were scuppered by a late rain shower in which he chose to stay out on slick tyres.

In FP2 at the Texan venue, the Briton was outpaced only by Sergio Perez’s Red Bull as he had Mercedes duo Lewis Hamilton and Valtteri Bottas immediately behind him in third and fourth respectively.

And that was even though he had committed what he indicated was a driver’s cardinal sin of braking on a kerb.

Friday practice is over. 🏁

Asked by the Formula 1 website if the lock-ups that had been witnessed from Norris were due to the bumps that are a feature of the Austin track, the 21-year-old said: “No, that was just me being an idiot, braking on the kerb which you just never do.

“Rule number one is don’t brake on a kerb, so it was just me being stupid.”

He added: “It was a good day in terms of result and pace, not easy to achieve that. Difficult because of the wind and the bumps and the conditions, which make it very tricky out there.

“Even with the set-up, the first couple of runs I struggled quite a bit, but the final run we made some changes. Then I was much happier with the car and could push it more and the lap time came easier.

“I think we’re in a good place and I think we can quite easily make some changes into tomorrow to give myself some more confidence, and confidence is lap time a lot of the time. A decent first day and I look forward to the rest.”

Norris suggested tyre degradation will be a big factor in the race and contribute towards an entertaining grand prix for the expected 140,000 crowd on Sunday.

“There’s a lot of degradation but you can still be fast because everyone is struggling with a similar thing, because of the track temperature, the surface and so on,” said Norris. “But then I also ran the tyres which I flat-spotted, which makes it feel a lot worse than it is.

“It’s interesting. It will probably make for a good race on Sunday – who can keep their tyres in a good condition.”