Home News Norris on Sainz clash: ‘Have to respect each other, right?’ 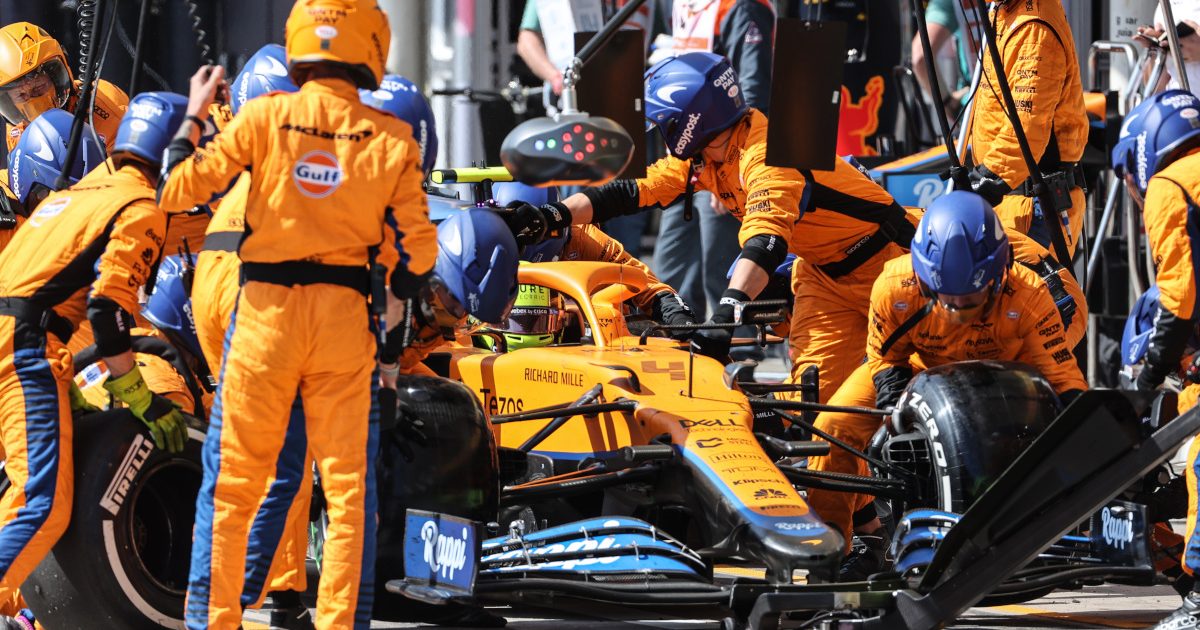 Lando Norris feels Carlos Sainz could have shown him a bit more “respect” in Brazil as he knew the McLaren would have to turn left for the corner.

Norris’ outing at the Sao Paulo Grand Prix was undone on the opening lap when he tried to pass Sainz around the outside at the start.

Turning in for the first corner, the McLaren driver made contact with his former team-mate and suffered a puncture as a result.

“I mean, I had to start turning left for the corner and the guy on the inside also knows that,” he told reporters in Brazil.

“If I’m a bit on the right side I’m going to be coming back on at some point.

“I’ve gone to the right, there was a gap, I had a much better start – miles better start.

“I can’t just keep looking in my mirrors the whole time, and I can’t see it from above where I am.

“You have to respect each other, right?

“I put my car in the best place I thought I could. I don’t want to crash, so I thought I would need space, but it wasn’t enough.”

Lewis Hamilton up to P6 from P10#BrazilGP 🇧🇷 #F1 pic.twitter.com/OaiMtWOXuP

Norris fought back to finish inside the top ten, grabbing a solitary point.

“A disappointing day for all of us as a team, as well as for myself,” he said.

“I had a really good start and as I tried to come back onto the track there just wasn’t enough room and I ended up getting the puncture.”

“It’s frustrating because I scored one point and could have scored quite a few more today.

“It’s better than nothing – it might count in the end of the season, it might not – but we did our best.

“We could have given a good battle throughout the whole stint, so it could have been a lot more today, but it wasn’t. I guess that’s why I’m unhappy.”

With his team-mate Daniel Ricciardo retiring from the grand prix, and Ferrari bringing in 18 points, McLaren now trail the Scuderia by 31.5 points.

But with three races to go, Norris says the battle for third in the Constructors’ Championship is not over.

“There’s a few more tracks coming up which I’m hoping will suit our car quite a bit more than here and the previous few races,” he said.

“But Ferrari are strong, and – don’t get me wrong – they probably have a stronger package altogether at the moment

“It’s going to be difficult [to catch them] unless they make any big mistakes, but we’ll try.

“We’ll keep pushing. We could have beaten them today. Even when we didn’t have a car quite as quick, I’m sure there’s definitely more opportunities [to come].”