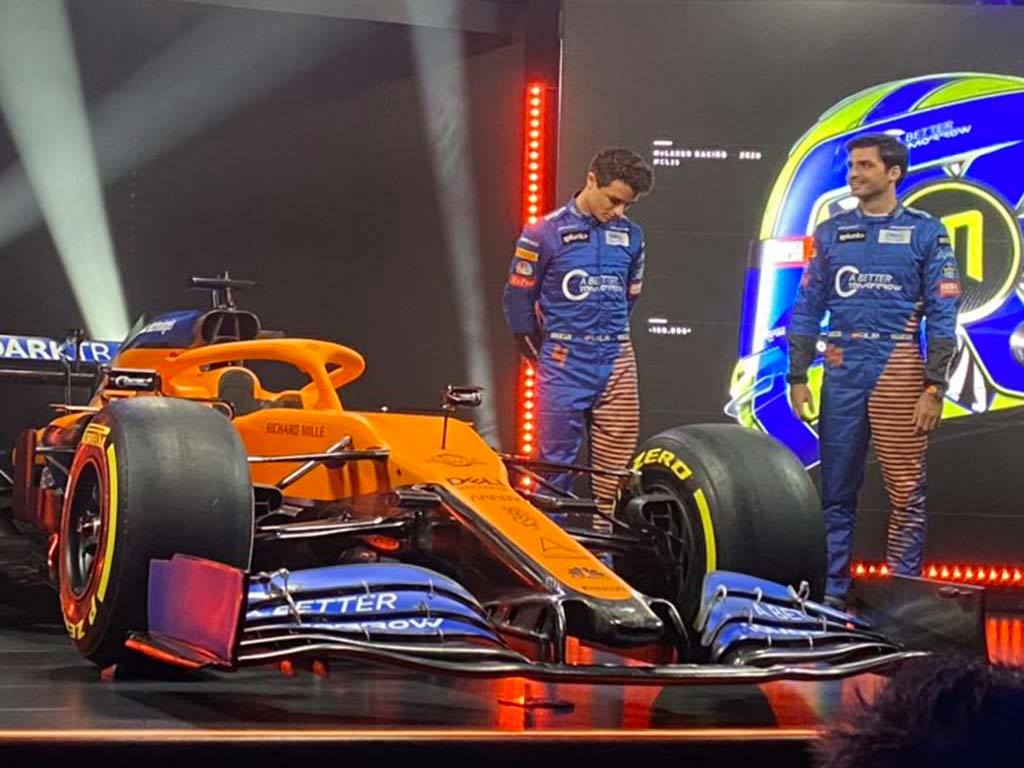 Crediting his easy relationship with Carlos Sainz was one of the reasons for his stellar debut season, Lando Norris hopes the bromance remains “fun”.

Last year Norris teamed up with Sainz, both in their first season with McLaren.

The duo’s results saw the team finish best of the rest in the championship while Sainz applauded Norris’ attitude in the wake of his first F1 podium, P3 at the Brazilian GP.

The bromance was evident at the launch of the MCL35 where both drivers spoke glowingly of the other.

But with McLaren hoping to challenge for more podiums this season, Norris and Sainz could find themselves at loggerheads out on track.

Norris, though, is hoping they continue to have “fun” in their relationship.

“It has been good,” said the British driver.

“It has made it a lot more fun especially in my first year in Formula 1.

“I have been able to settle into things a lot quicker than I thought I would.

“It has been a lot of fun and I hope it continues that way.”

As for Sainz, he reckons their easy relationship went a long way towards helping McLaren improve last season.

He said: “We have managed to develop a good relationship with each other and a good working relationship inside the team.”