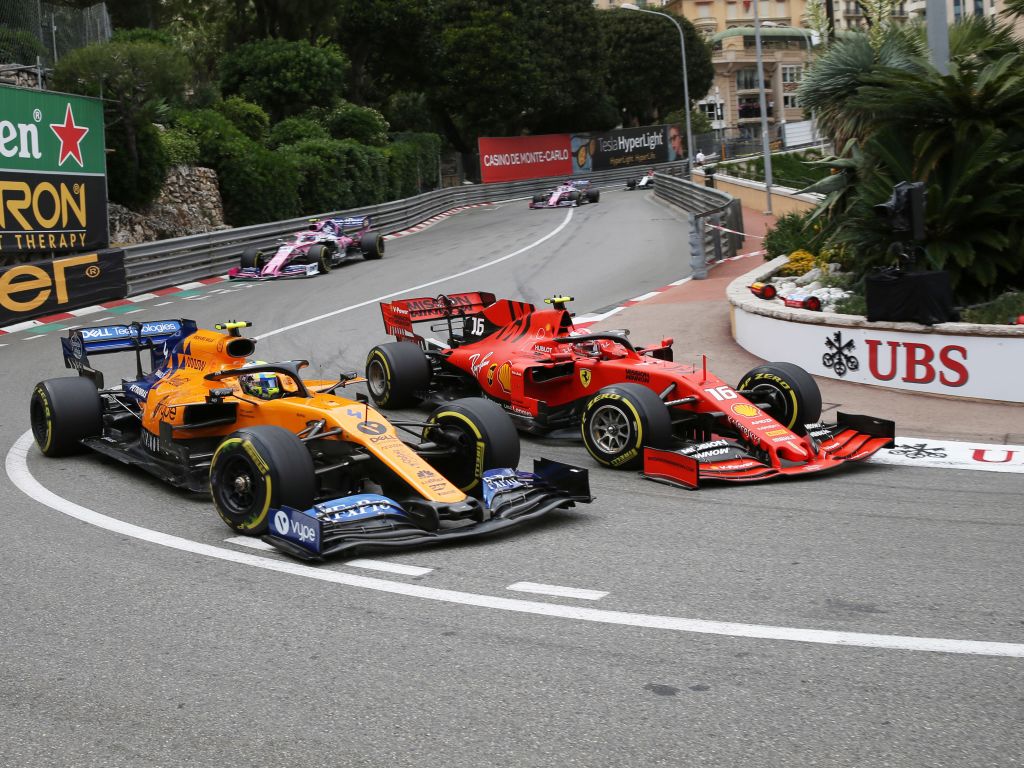 In a chaotic Virtual GP, perhaps the racing highlight was Lando Norris’s battle with the Leclerc brothers. Spoiler: it didn’t end well…

Even with his connection issues a thing of the past, Norris still had it all to do after picking up a grid-penalty in qualifying. Because of it, he started the Monaco race in P13.

However, a number of first-lap incidents saw him move into the top 10. By the halfway point, he was in P3, holding off Arthur and Charles Leclerc, who had both pitted and had fresher tyres.

The younger Leclerc brother passed Norris at the end of Lap 17 but, with damage turned off, the Brit threw caution to the wind and tried to retake the final podium spot at Turn 1 of the track. What could possibly go wrong?

Norris goes in too hot in his fight for P3 💥

Well, quite a lot actually. Having cut the corner rather drastically, Norris got his nose ahead and squeezed the Ferrari against the barriers, sending him spinning into the air, with him so nearly collecting his brother Charles.

The guilty party quickly admitted his mistake and slowed down to make up for it. As for the Leclercs? Well, Charles, visibly annoyed, shouted “NORRIS!”, while the race’s commentators said they couldn’t repeat what Arthur said, so we imagine it included some expletives.

With George Russell cruising to victory up ahead, Charles and Arthur recovered to finish in P3 and P5 respectively. Norris meanwhile came home in P7.

Let’s just hope he doesn’t take those, er, ambitious overtaking manoeuvres into the real F1 races once they’re back, for his sake, and everyone else’s.