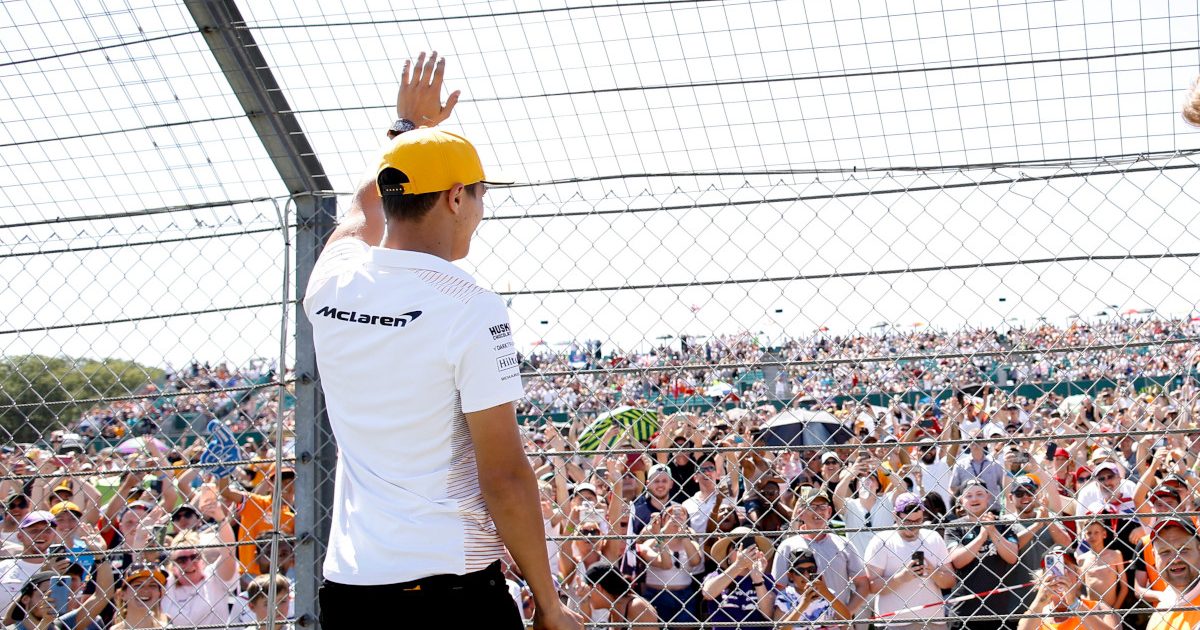 Lando Norris is hoping to follow in Lewis Hamilton’s footsteps by using his fan base to help him make a difference in the world.

Entering Formula 1 in 2019, Norris quickly made a name for himself as a fan favourite.

The driver was not only one of the new social media generation but also showed himself to be an affable character with a great sense of humour, even if it meant laughing at himself.

Since his debut, though, he has also shown himself to be a star of the future, taking podiums for McLaren in 2020 and again this season when he sits third in the Drivers’ Championship.

Such is Norris’ appeal with the fans that at this year’s British Grand Prix more of his merchandise was sold than of any other driver, even reigning World Champion Lewis Hamilton.

His popularity has come as a surprise to the 21-year-old, who says he is still “coming to grips” with it.

But, over time, he hopes to use his fans to make a difference in the world. Norris is a staunch advocate for mental health.

“Have you ever struggled with something mentally but hidden it from the world by putting on a brave face? I know I have.”

On #InternationalMensDay, @LandoNorris talks openly about why we should be talking about our mental health a lot more in his blog for @MindCharity. 📖👇

Asked about the support he had at the British GP, he told Motorsport.com: “It’s something I’m still coming to grips with.

“It’s something that still is surprising and unbelievable in some ways to think, whatever, five years, six years ago, that I wanted to be in this position and seeing the grandstands with my caps on, and my T-shirts on, and the Quadrant flags and things like that.

“You never think that will be you. And I know it is, so it’s a bit unbelievable in some ways, and I’m still getting to grips with it.

“It’s still something Lewis does very well because he’s been in it for so long and so on. He’s used his fans, not used in a bad way, but used them to make change and cause impact and things like that.

“It’s something which I’ve been able to do with Quadrant, on mental health with some things I’ve done, plus charities I’ve done on my streams. So I’ve been able to use my fans and help guide them and use them to impact things and hopefully for better reasons than not.

“So yeah, it’s just such a cool feeling. It’s an unbelievable feeling until you kind of come and see it and get to witness it. So it’s pretty incredible.

“Hopefully it will continue to grow and get bigger and I will see what I can learn from it, and try and use to make even bigger impacts like Lewis does.”