Home News Norris had ruled out a 2022 podium after Bahrain 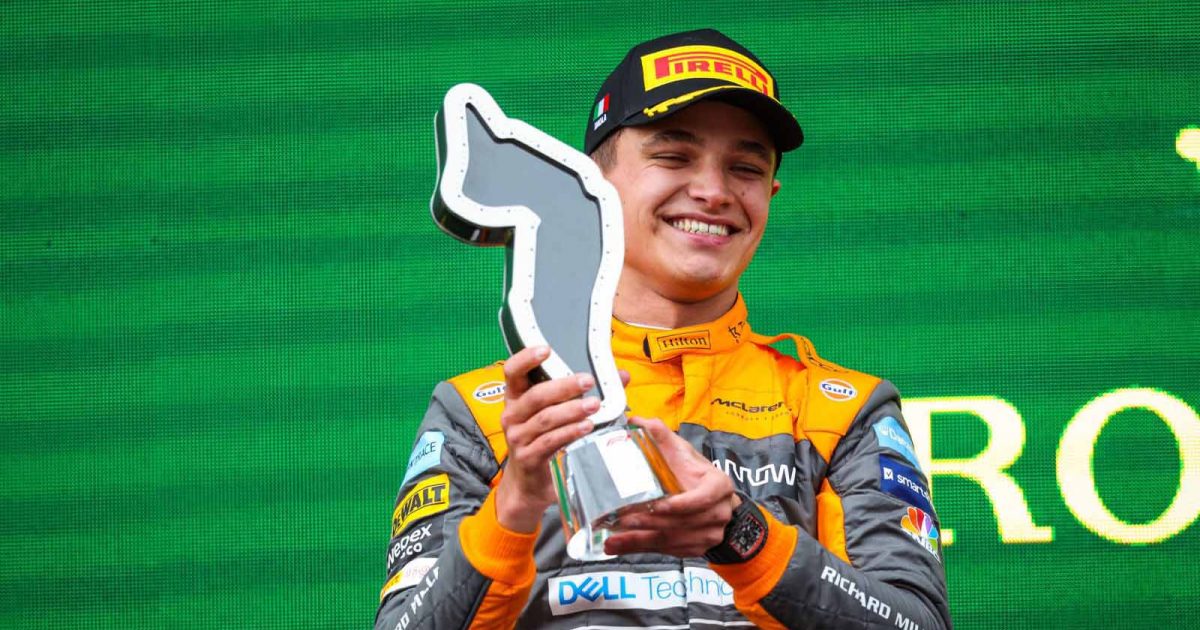 Lando Norris has admitted he did not think he and McLaren would get on the podium all year following their poor Bahrain showing after taking P3 at Imola.

Norris drove a composed race throughout the Emilia Romagna Grand Prix, running in fourth for the majority of proceedings before profiting from Charles Leclerc’s late spin that put him into the podium placings.

The 22-year-old feels McLaren’s upturn in form was unlikely in such a short period of time having been well off the pace at the season opener in Bahrain.

He acknowledged the team have been working hard behind the scenes to resolve their initial issues – but did not expect such a turnaround just three races later.

“Surprised I guess to be here, but [it] feels amazing,” Norris said after the race. “So from where we were, what, three weeks ago, four weeks ago, a month, in Bahrain to be on a podium, I genuinely didn’t think we would be on the podium all year after Bahrain. So it’s quite a shock.

“Maybe not surprising after the kind of progress we’ve made over the last month. But definitely not a podium with how much quicker the Red Bulls and Ferraris are.

“It’s hard to ever imagine yourself on the podium and a great result would have been P5. But a few good things throughout this race – an amazing start to be ahead of the Ferraris, to stay out of the chaos that happened behind, just a lonely but great race.

“Just managing the gap to George [Russell], looking after the tyres for the whole stint, everything just went well all weekend to be honest.

“Not just the race but qualifying P3 already was a pretty good achievement for us. So a great weekend.

“Nice to see the improvements we’ve been bringing, and to reward everyone with a podium is even better.”

Norris has now scored 35 points this season compared to 11 for team-mate Daniel Ricciardo, who left Imola without any points after a first-lap collision left him with damage down at the bottom of the field.

He was unable to recover the losses as a result and although he accepted responsibility for his tangle with Carlos Sainz, he now has a sizeable deficit to make up against Norris.