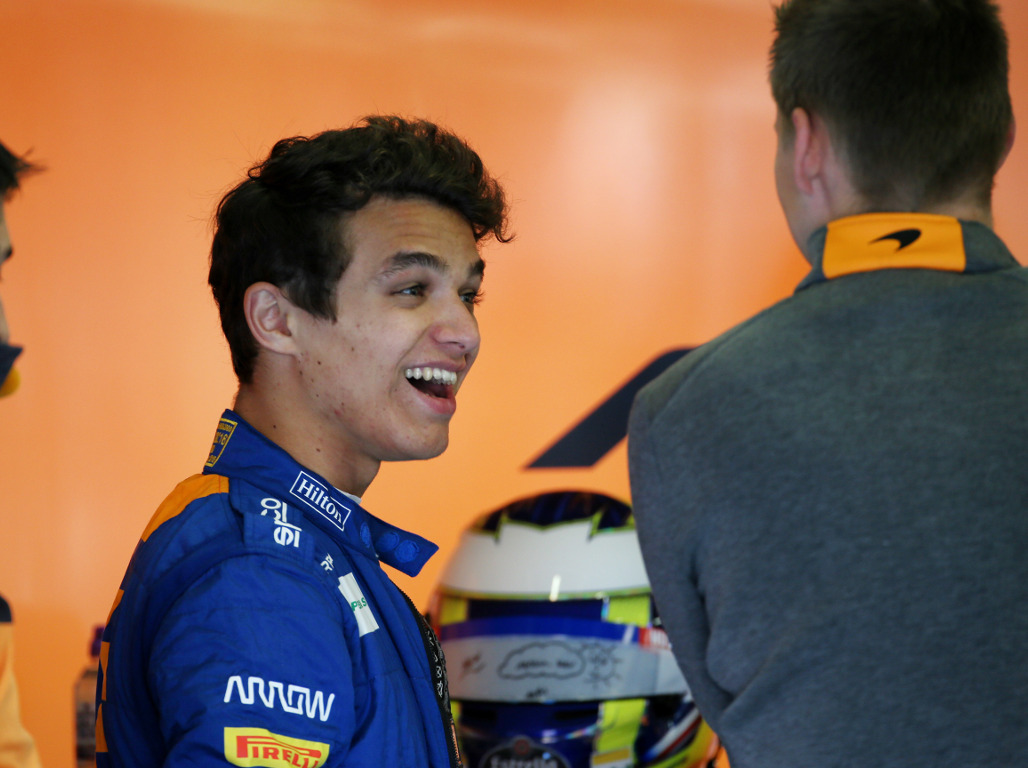 Lando Norris has said he gets the pre-qualifying shakes more in Esports than he does racing for McLaren in Formula 1.

If there is an Esports series running, the British racer is probably racing in it. That is no bad thing, by the way, as the man dubbed the “tech nerd of modern society” by Daniel Ricciardo is keeping everyone entertained during these uncertain times.

And, like Ross from ‘Friends’, the pressure of entertaining seems to be on his mind with thousands of viewers watching his Twitch streams.

“I get so nervous in sim racing for some reason, I get more nervous than I do in like an actual qualifying session,” Norris said via Autosport.

“I don’t know if it’s because you don’t have the adrenaline of driving the actual car, so you kind of forget about the nerves.

“In sim racing, you’re sat in the seat, it’s a bit more peaceful and quiet, and you’re literally just driving. You think about a few more things.

“I need to try and calm myself down as much as possible, I start shaking and getting all nervous, I always ruin my qualifying laps because I get so nervous.

“My only other thing is to put my Twitch chat into sub-only mode so they can’t talk, otherwise I get too distracted trying to answer their questions.”

Not only is Norris providing entertainment, but he also feels that regular Esports streaming is creating an incentive for fans to stay at home and tune in.

“You’re getting all these viewers clicking in, and most of them are likely to be at home,” Norris added.

“Even when you’re driving, they’re saying that we are making for entertainment, and they enjoy watching us race each other.

“I think it’s not just entertainment for us racing and showing us race, but it’s got that wider significance of keeping people at home, and trying to make them a bit happy after spending so long in their homes or doing not the things that they wanted.”