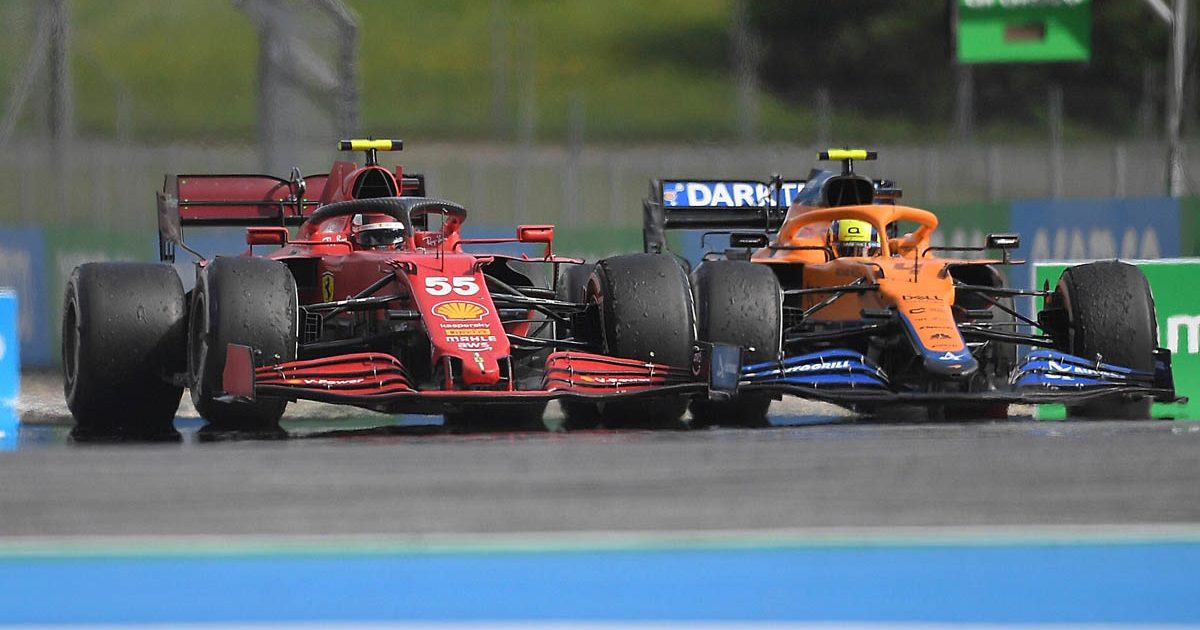 McLaren’s Lando Norris says Ferrari are still their “big threat” in the Constructors’ Championship despite a couple of off-colour weekends for the Scuderia this season.

A lacklustre French Grand Prix at Paul Ricard saw both Charles Leclerc and Carlos Sainz be uncompetitive in the race due to ongoing issues with tyre degradation, which team principal Mattia Binotto said may not be resolved until the end of the season.

The Ferrari pair recovered to P6 and P7 at the Styrian Grand Prix at the weekend, however, and clawed back some of the gap to McLaren in the Constructors’ standings after Daniel Ricciardo finished outside the points.

Norris insisted McLaren are not taking their rivals lightly this season, despite their erratic form.

“I mean, they’re just a little bit up and down,” he told Motorsport.com when asked about the teams’ ongoing battle. “It’s not that they’re in trouble every race. I think Paul Ricard was particularly bad for them. But a lot of the tracks will suit them more than us.

“And considering how much they struggle on the straights still, on the GPS they are one of the best in the corners, similar to Mercedes and Red Bull in a lot of the corners.

“So they are our big threat at the moment. We’re still working hard, that’s why we’re not taking anything for granted at the moment. And we still have to keep chipping away and improving the car because once they put it all together they can easily be ahead of us. It’s tough.”

While Norris has earned two podiums this season and continues to have a mightily impressive season behind the wheel of his MCL35M, despite his excellent results in the races he is still wary of what Ferrari can do on Saturdays.

“I think most of the time they’ve outqualified us this year already, and they’ve been on pole two times,” Norris added.

“So it shows they have a very good car, and as soon as they sort their problems in the race then they’re flying.

“A challenge is always good. It makes it more exciting, it makes the team work hard and the only time you don’t like it is when they beat you. It keeps the guys working hard and even back in the factory, but you don’t want it to be too difficult either.

“I enjoy it because it makes me have to work hard and push the limits and things like that. Hopefully we can do the same next week.”