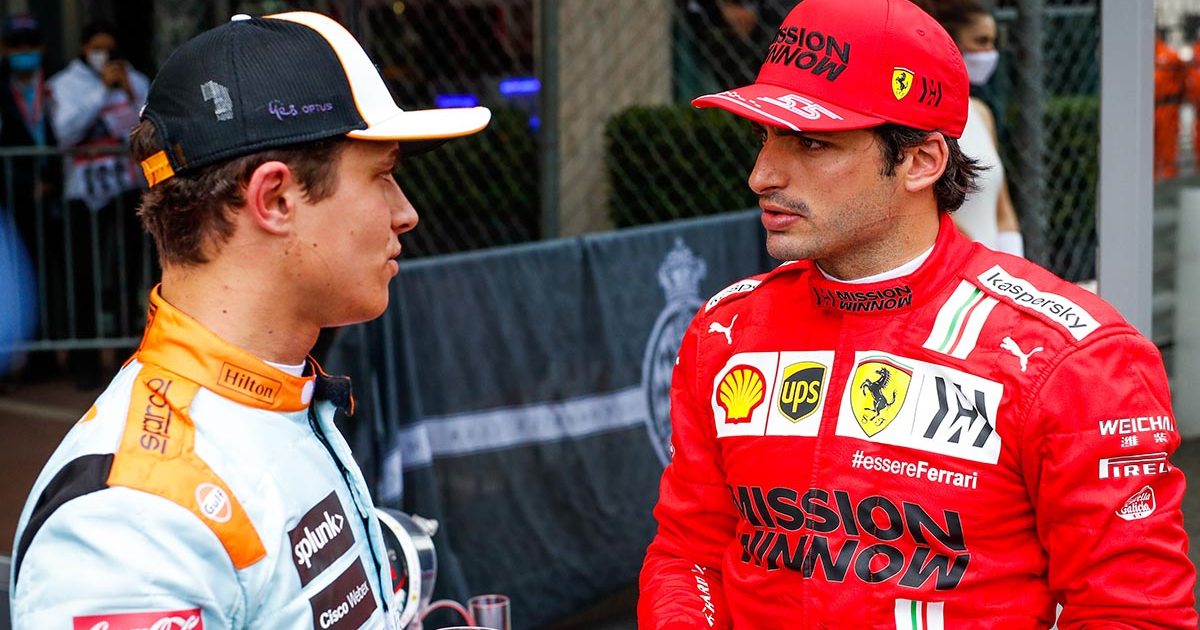 Lando Norris is puzzled over people still thinking that Ferrari have a “terrible car” at their disposal and “more should be expected” from the team.

Ferrari and McLaren are locked in a tight battle for third spot in the Constructors’ Championship, with the Scuderia opening up a narrow gap to their nearest rivals following the Azerbaijan Grand Prix.

Norris finds himself behind both Ferrari drivers on the starting grid for the French Grand Prix and thinks the general assessment of the Prancing Horse needs to be raised in comparison to McLaren.

Tough day with P8, but I want more tomorrow. pic.twitter.com/kinq3mHysR

“The past two weekends they have been extremely fast because they have a very good car,” Norris said.

“A lot of people underestimate them for some reason and still think that they have a terrible car. And [they] don’t expect things, but Ferrari have made a lot of improvements since last season.

“They are one of the best cars in certain types of corners, and they are extremely fast. There is nowhere where they are particularly bad, they are decent in the straights and still fast in the corners.

“People should expect more from them. We don’t want to come into this weekend expecting to be miles ahead of them or anything. We know that they are very fast.”

On his qualifying result, Norris added: “Of course we are hoping to be a little bit closer than we were.

“[It’s] not a surprise from our side. Obviously tough because we want to be ahead of them. But we have a good opportunity [on Sunday] to try and claw back a couple of positions and get some points.

“It has been a trend. I think that Baku and Monaco were expected because those are the types of corners, slow speed, where they are extremely competitive.

“I’m sure that we can get it back and we are going to have some stronger performances still to come in the future.”