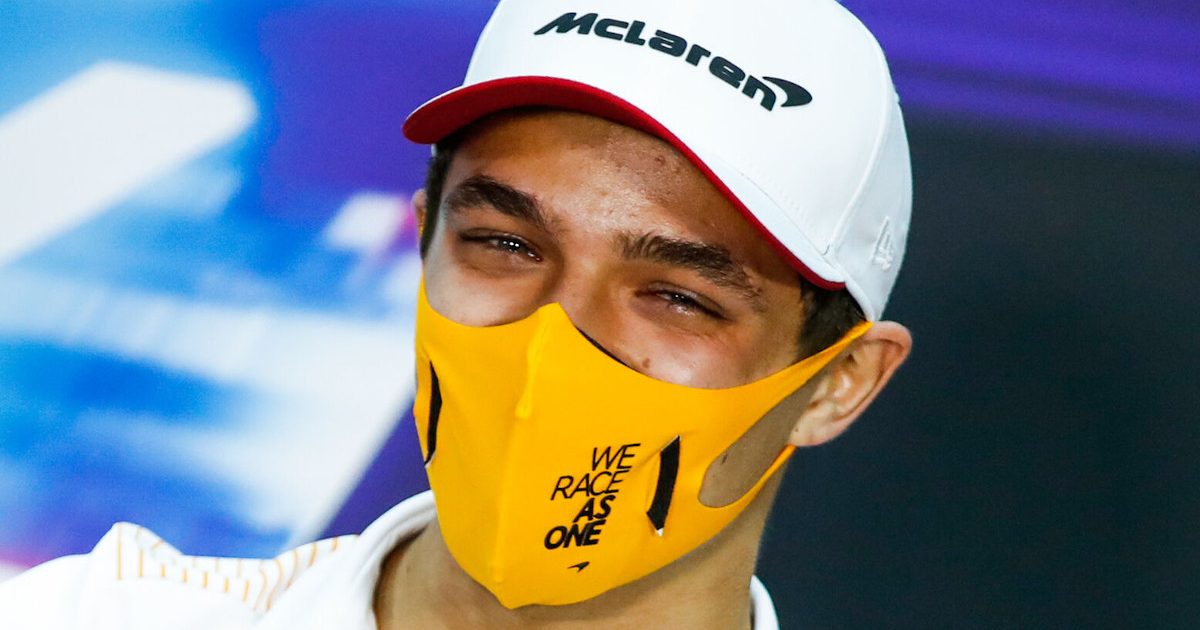 Lando Norris is expecting a close fight season with McLaren racing a “bit of everyone”, with the ultimate goal being to challenge Mercedes.

With Formula 1’s rules stagnant this season, excluding a few minor tweaks aimed at reducing downforce, many are predicting a repeat of 2020.

And what a season that was.

McLaren took third in the Constructors’ Championship in a season in which the Woking team, Racing Point, Renault and AlphaTauri joined the traditional big three on the podium.

Added to that Racing Point, now Aston Martin, and AlphaTauri both won a race apiece.

“I think if it’s anything to go by from last year, it’s going to be a bit of everyone,” Norris told Sky Sports when asked who he expects to be fighting against this season.

“Even if you’re the fastest car there’s races where you’re racing everyone on the grid, or you’re having to come through, or you have one poor qualifying and it can cost you getting into Q3 or several positions.

“It’s going to be close, I’m sure everyone’s working as hard as possible – every team – to try and make those small improvements, and they’ll have the same objective as what we do.

“We just hope that we can do a little bit better.”

Waiting patiently for another run in the #MCL35M pic.twitter.com/klgRL3aNXH

And of course the main target is Mercedes.

Winners of the last seven Drivers’ and Constructors’ Championships, the Brackley squad is the team to beat.

While McLaren chief Zak Brown has ruled out fighting Mercedes for this year’s title, explaining that this season’s goal is to close the gap, Norris says that is the end goal.

“We’re on a fightback, making good improvements, and we showed that last year more than ever,” the Brit said, as quoted by GPBlog.

“I don’t think we can underestimate what we’ve been able to do in the past, and what we can hopefully do in the future.

“Racing Mercedes, that’s where our eyes are set at the minute. It’s what we’re working towards and what we’ve been closing in on over the last few years.

“But it takes a lot of hard work and time, that’s something continuing this year.”