Home News Norris to change helmet design for every race 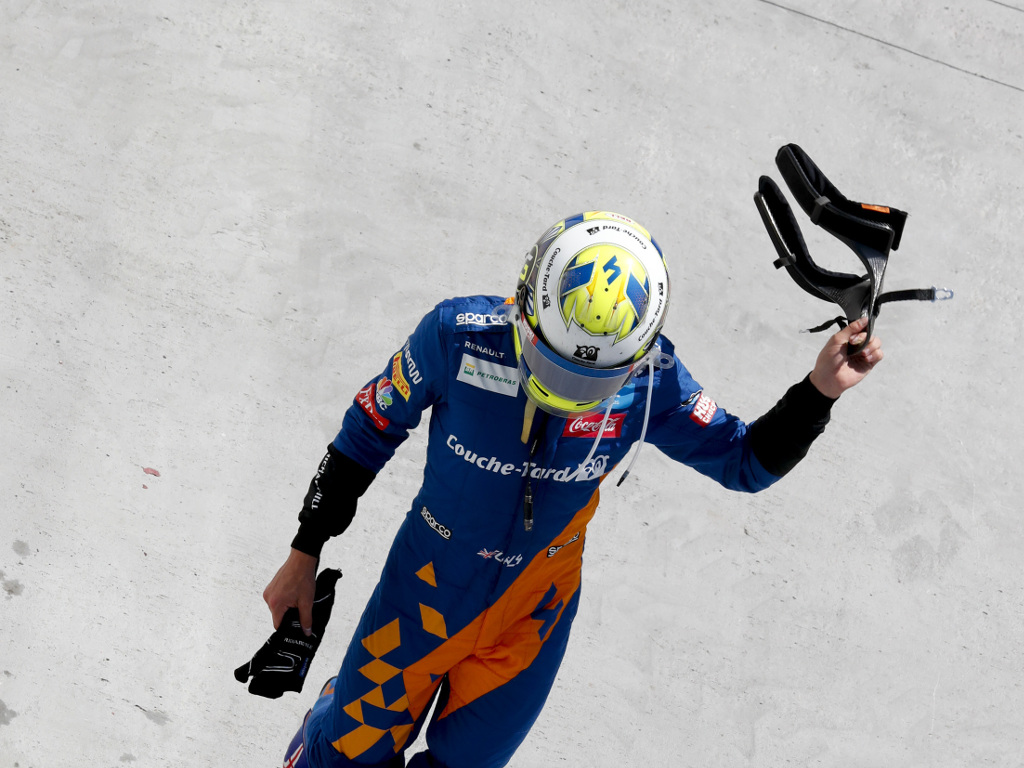 Lando Norris has announced that he plans to sport a different helmet design for every race of the 2020 season.

The FIA lifted the rules on helmet designs ahead of this season – previously drivers had been limited to two major changes during a campaign.

The rule had earned very few fans, namely Sebastian Vettel and Daniil Kvyat who fiercely criticised the rule in the past, aimed at making drivers more easily recognisable in their cars thanks to a consistent helmet design.

But that regulation is now gone, and Norris plans to take full advantage by having a one-off design for very round in 2020.

Speaking to Motorsport.com, he said: “I’m planning to hopefully try and have one new special every race.

“I have them all on my wall at home. They’re one thing I get to remember every race by, there’s something about them.

“Now we can mix it up a bit more, and I can have some more exaggerated designs and more custom and colourful and stuff like that.

“I’ll still be keeping with the same concept of what I have, because that’s still me. But then how everything is done around that, the colours and schemes of everything, are hopefully going to be a bit more dedicated to each race and the country and things like that.

“It is a nice thing they’ve done. I like that.”

Norris discussed the helmet he had designed for the Australian Grand Prix which sadly fans never got to see in action due to the race being cancelled.

“I’ve got me as a kangaroo on the top, a bit of a sunset in the background,” he said.

“This one I haven’t done that much, but for future races, I’m going to try and mix it up a bit more.”