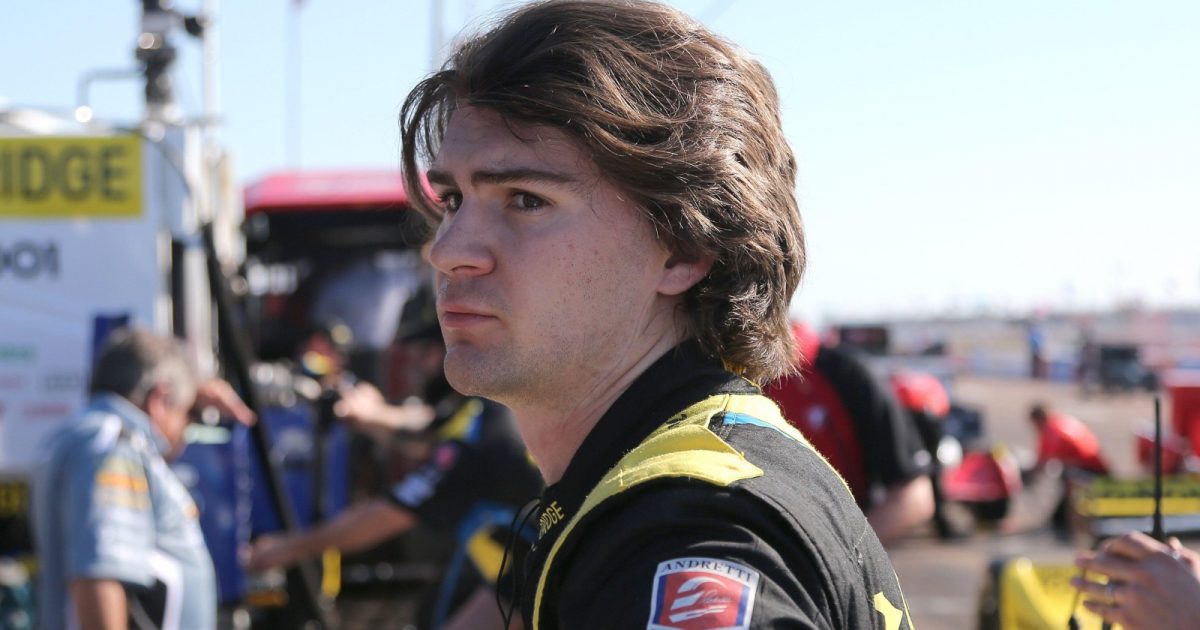 Lando Norris says he gave Colton Herta the nickname ‘Hooligan’ due to his approach to high-speed corners when they were racing each other.

Norris spent the early stages of his single-seater career competing alongside Herta, although their careers went on to follow different paths.

While Norris rose through the junior categories into Formula 1, Herta switched his focus to Indy Lights from 2017, graduating to IndyCar where he is now a multiple race winner.

Herta revealed recently that Formula 1 remains very much an ambition for him, having come close to joining the 2022 grid when Michael Andretti was in talks to purchase Sauber, operators of the Alfa Romeo team.

Now, Herta has been signed by Norris’ McLaren team to a development deal and is set to receive an outing in their 2021 car, the MCL35M, during the 2022 season.

Norris and Herta were team-mates in their junior days, so Norris knows him well – to the point where he gave the American racer a nickname.

Norris explained the origin of ‘Hooligan Herta’ when he spoke to reporters ahead of the inaugural Miami Grand Prix.

On the subject of American drivers, Norris said: “They are just crazy. I mean, I grew up with Colton. He’s here with us this weekend.

“But I grew up with Colton, end of 2014-15, my first season of single-seaters. And I mean, his nickname is ‘Hooligan Herta’. Because there’s one place he was extremely strong and that’s high-speed corners.

“And I feel like I’m decent, one of my strengths is pretty high-speed corners. But he was just like another level in some sorts. He would quite often go off because of it and maybe not crash, but just go through the gravel and we’d have to clean his car after because of how much dirt there was on it. But yeah, lovely guy, of course.

“I grew up with him when I was younger for a good year and a half, two years. And just a bit crazy. A bit of a hooligan. It’s just nice to see him again. Nice to see him, from where we were back in 2014, 2015, to now myself being in Formula 1 and of course him winning races and being one of the stars in IndyCar, so yeah…hooligans.”

Herta has been mentioned as a possible replacement at McLaren for Daniel Ricciardo, the Australian’s contract set to expire at the end of the 2023 season.