Home News Norris: I could give Lewis and Max a run for their money 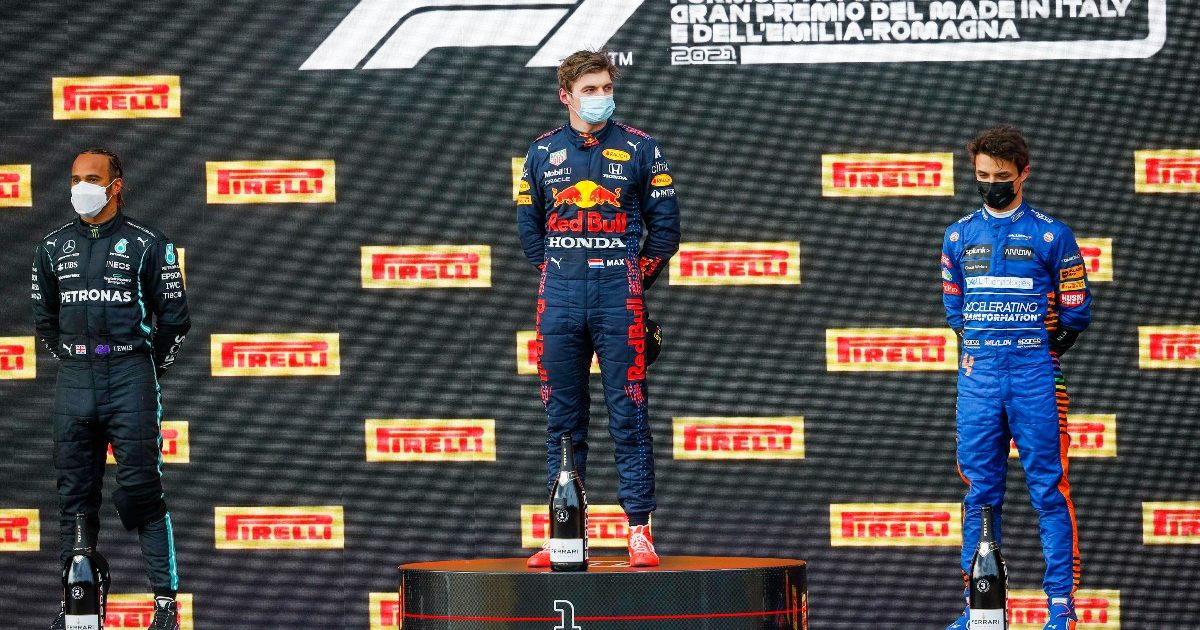 Lando Norris thinks that, if he had equal machinery to them, he could take the fight to Lewis Hamilton and Max Verstappen.

The McLaren driver has been hugely impressive so far this season, scoring points in every race, finishing in the top five in three of them and claiming the second F1 podium of his career in Imola.

It has been, perhaps, the best he’s looked since he joined the grid in 2019, and has led many to believe he’s a World Champion in the making.

He feels that he has shown that that is the case, and says he’s capable of fighting the very best in the right car.

“I want to say yes but it doesn’t mean I’m just better than every driver on the grid or anything like that, I’m not saying that,” he said as per GPFans when asked whether he thinks his recent form has shown he’s good enough to win a title.

“I just feel like with how I have done this season I am driving at a level that is capable of winning races and maybe one day a world championship.

“Maybe I’m not at the all-out level, but I feel I am doing a lot of things right and with some small improvements I can be a bit more confident in my answer.

“I’m at a level where I would say I could go up against Lewis or Max and – I’ve got to be careful how I say it, not say I could 100 per cent beat them – but I could give them a run for their money and I could give it a good effort.”

Satisfied with the race today! I know it didn’t look too good, but we did everything we could to make it good. Big thanks to everyone at @McLarenF1. I’ll see you all in Monaco 👊 pic.twitter.com/mIQNtP8cNL

While he has always been considered a big talent, Norris has been praised more than ever by those within and outside of the paddock this season.

The Brit says that he has continued to be his own biggest critic though, and wants to change that for the sake of his confidence.

“I haven’t always been the most complimentary guy to myself, giving myself the respect I feel I should get sometimes,” he added.

“I always put myself down a lot and am harsh on myself but I think that sometimes I feel I should be the opposite and give myself confidence.

“With how I feel I have done so far this season, I feel if I was in a car capable of winning races, I feel like I could.

“Whether it’s in the wet conditions, the dry conditions, I feel I am driving at the moment in a very good manner. I feel I am on top of my game, doing a lot of things right and doing myself proud in a lot of ways.”