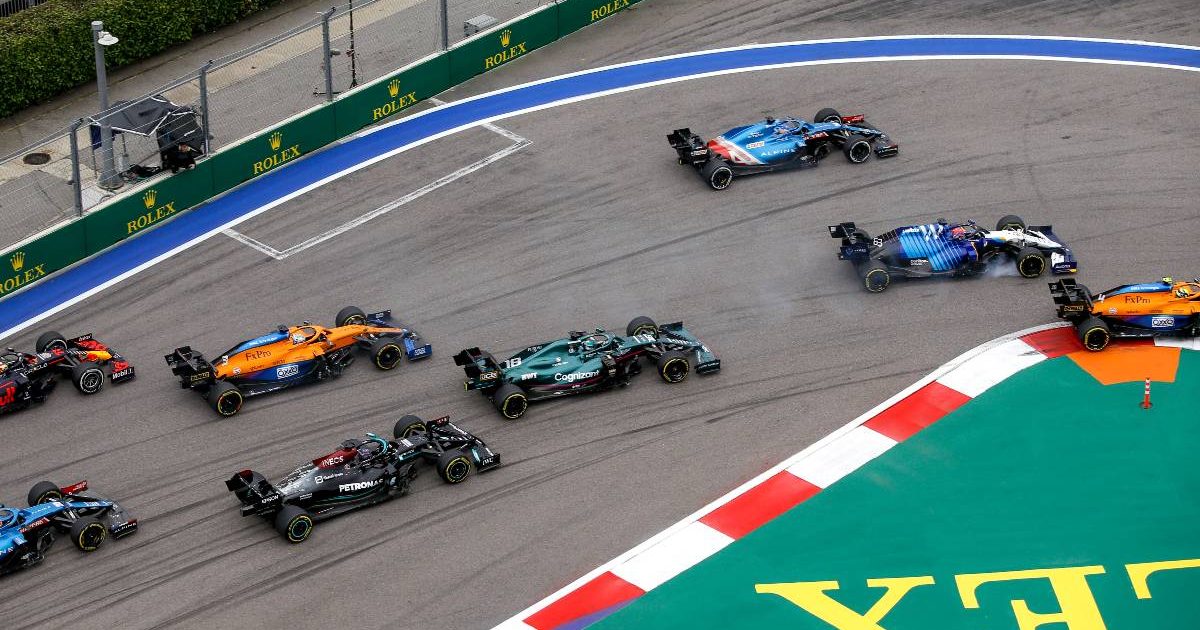 Mercedes say Lewis Hamilton lost places at the start of the Russian Grand Prix after applying caution with the World Championship in mind.

Starting fourth on the grid at Sochi after a mistake in qualifying when he hit the pit wall, the seven-time Drivers’ champion also dropped behind Lance Stroll and Fernando Alonso in the opening exchanges.

The reason was that as he tried to get down the inside of pole-sitter Lando Norris into the first braking zone, Hamilton backed off in order to avoid a collision that could have severely damaged his title hopes.

In the end, it proved a smart choice as the 36-year-old Briton went on to win the race and regained the lead in the World Championship, although only by two points as rival Max Verstappen finished second having started at the back of the grid due to an engine penalty.

In the team’s post-race public debrief, Mercedes technical director Mike Elliott explained why Hamilton had found himself briefly running seventh before ensuring he got ahead of Daniel Ricciardo’s McLaren.

Ricciardo gets past Hamilton who has dropped to P7 from a start of P4#RussianGP #F1 pic.twitter.com/xXLXR3gYRi

“If you actually look at it, he was on the dirty side of the grid and given that, he actually made a really good start,” said Elliott.

“He was making his way through the field effectively up until the point where Norris moved across, blocking off Lewis’ path.

“Norris, we think, was also derating, so actually Lewis’ closing speed was really high, partly because of the tow he had and partly because Norris was derating.

“As a consequence of that, Lewis had to make a decision – does he try and fight for that inside line or does he brake and make sure he is not involved in a first-corner incident?

“You’ve got to bear in mind, in Lewis’ mind, his main protagonist in the championship is right at the back of the grid. And as a consequence, Lewis has to make a decision in that split second about what is the right thing to do, and the right thing for Lewis to do was to make sure he didn’t get tangled up in a first-corner incident.”

Norris himself was beaten into the first braking zone by Carlos Sainz, who had started alongside him on the front row, but took the lead from the Ferrari on lap 13 of 53.

Once the pit-stop phase had been completed, the Briton remained ahead in the McLaren until rain began to fall in the closing stages, with Hamilton’s timely pit-stop for intermediate tyres proving decisive as he went on to achieve his 100th career F1 race victory.