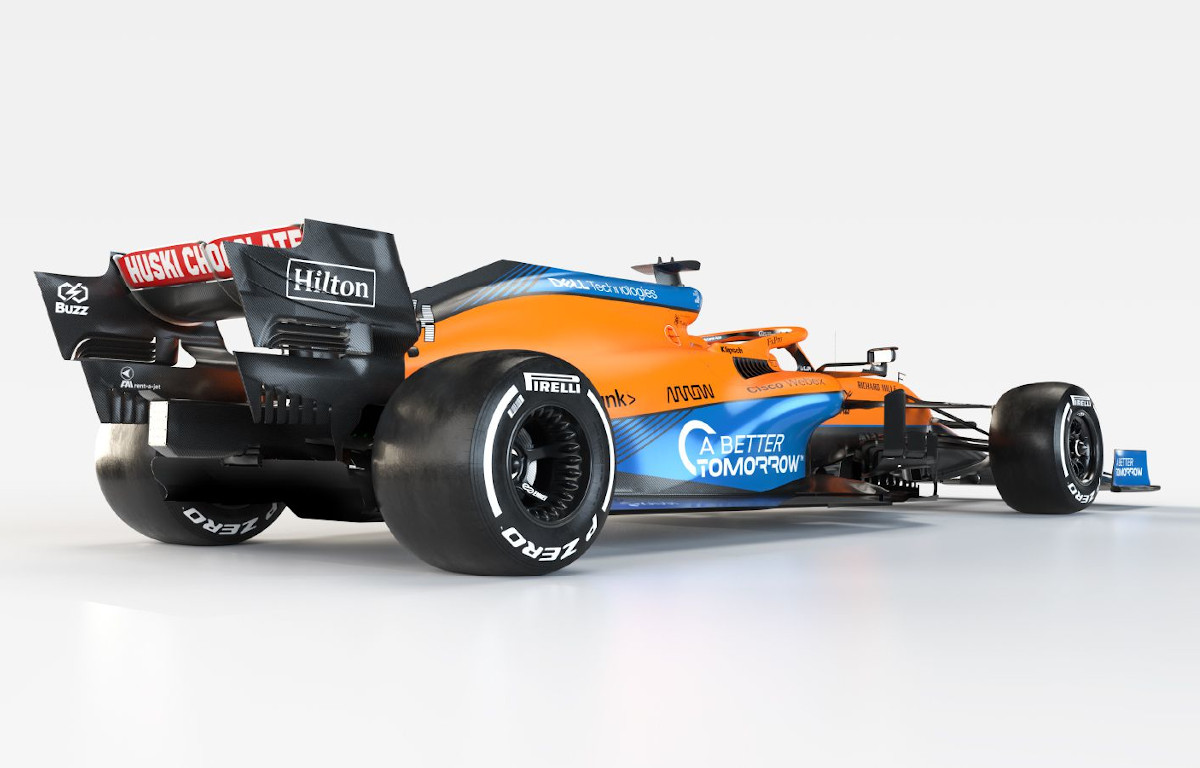 After Lando Norris put McLaren’s MCL35M through its early paces at Silverstone, it was over to Daniel Ricciardo for the afternoon session.

While changes aesthetically are hard to come by on the MCL35M compared to its predecessor, McLaren will be hoping that the combination of a return to Mercedes power and regulation changes around the floor to reduce downforce, will allow for them to build further on their P3 finish in the 2020 Constructors Championship.

The MCL35M was presented by McLaren on Monday night in front of a live virtual audience, and on the following morning it was over to Norris to put the first laps on McLaren’s new challenger around a damp Silverstone.

Let’s go! ⏫🟢 #SendIt @LandoNorris takes the #MCL35M out on track for the first time at @SilverstoneUK. pic.twitter.com/xdgIcLFviJ

The MCL35M was certainly kicking up the spray as it ventured out onto the Silverstone track. Take it steady Lando!

How great it was to hear that Mercedes power unit roar into life. The duo have rekindled the relationship which was last seen in Formula 1 back in 2014.

After Norris had his fun in the MCLM35 during the morning, it was over to Daniel Ricciardo as he prepared for his first outing in Papaya.

It certainly was feeling real, and it became real when the Aussie emerged from the garage and took to the Silverstone circuit.

Here we go. 🙌@danielricciardo heads out for his first laps in a McLaren. #SendIt pic.twitter.com/fLrfvfb2Um

Unsurprisingly Danny Ric was enjoying his time out on the track as he started getting to grips with his new machinery. The first impressions certainly sounded promising.

Sounds like @danielricciardo is enjoying himself out there. #SendIt pic.twitter.com/zRuWUvhGKV

Norris was left to watch on…

Waiting patiently for another run in the #MCL35M pic.twitter.com/klgRL3aNXH

He certainly had the best seat in the house!

It may have been a shakedown run for Ricciardo in the MCL35M, but the Honey Badger had the pedal firmly to the metal.

Reflecting on the session as he returned to the McLaren garage, Ricciardo said: “Slowly shaken out some cobwebs, first few laps done.

“It’s probably the worst conditions because it’s greasy, I’m a little cautious on day one, but its all good.”