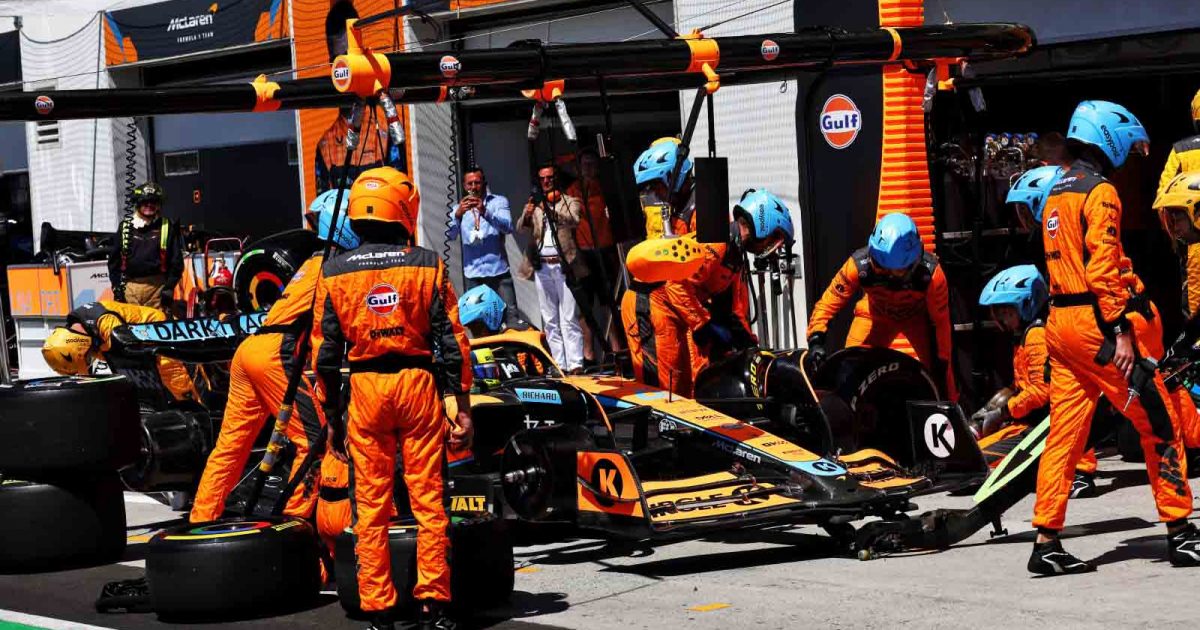 Lando Norris acknowledged that he and McLaren made errors in how they went about their racing in Canada, after a lowly finish on Sunday.

Norris started P14 after a power unit issue ruled him out of Q2, and things didn’t improve for the young Brit during the race, being stuck in a train of cars outside the points and failing to make headway further up the field, eventually coming across the line 15th.

There was trouble for Norris in the pit lane too, having a brief stop before coming into the pit box as the crew serviced Daniel Ricciardo’s car, before being held up as his replacement tyres were not in place in the correct order – leading to a significant delay in getting him back on track.

It was a tough afternoon all round for McLaren as they left Montreal without any points, and Norris was not pleased with how things panned out.

“We were unlucky today in many places, and also just didn’t have the pace to race and overtake the people we wanted to race against,” he said after the race.

“It was very difficult to overtake in general and that hurt our pace. We simply couldn’t get into the positions we wanted to be in.

“I think the pace wasn’t too bad, still not good enough, but not too bad, just the fact we couldn’t overtake, hurt us badly today. We’ve got work to do.

“There were mistakes from my side, mistakes from the team’s behalf and we’ll just need to step back, refresh, go again and do a much better job in the next one.”

Ricciardo had started ninth but eventually dropped out of the points, coming home P11 in the end.

He was stuck in a DRS ‘train’ behind Lance Stroll for a significant portion of the race, and the McLaren’s straight-line speed was not high enough to be able to make light work of his rivals.

He echoed Norris’ view that the MCL36 simply wasn’t competitive enough on Sunday, and there is work to be done to get back to form.

“Unfortunately, not the best Sunday for us,” Ricciardo said. “We simply didn’t have the pace, and then had to manage a few other things as well. That was tough, it just put us too far out of contention.

“So, otherwise, we’ve got to have a look, see where we can go better, and then just clean a few things up.”