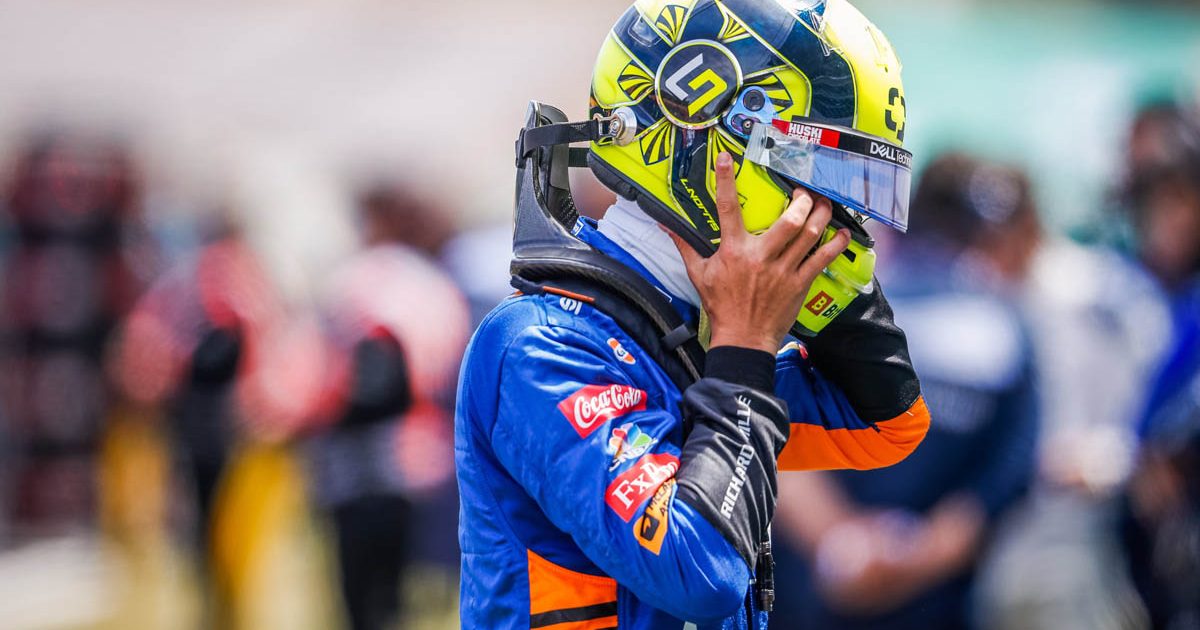 Lando Norris says he is still learning about his McLaren car, with the changes made for the 2021 season making the cars more difficult to drive.

The young Briton has had a brilliant start to the season, finishing no lower than P5 in his three races so far and sitting third in the Drivers’ Championship heading into the fourth race of the year.

He has comfortably out-performed Daniel Ricciardo so far, with former Toyota driver Timo Glock believing that the 21-year-old is giving his experienced team-mate a “mammoth task” at the team.

But Norris says that he has still got more to unlock from his MCL35M as he gets used to how the new car handles.

“I mean, the car’s definitely changed a little bit compared to last year and how you have to drive it. And, like, I wasn’t on top of the car in Bahrain already. So Daniel’s driving style almost was better in Bahrain than it was for me. I learned a lot already there to then improve into Imola and then into Portugal.

“So I’m still learning how to drive the car and how to maximise it. And it’s definitely not an easy car to drive in a different way to last year.

“But I’m not sure like, I honestly don’t want to say everything but I feel a bit more confident.

“I just know what to do with every session we do from FP1 to FP2 to all the way to the race, things I need to be working on looking out on trying and comments back to the team and so on.

“So it’s just it’s not necessarily always the car side of things. It can also be more behind the scenes, the work we do as a team, which adds to the performance.”

Norris said his current momentum is down to maximising his and McLaren’s potential at the start of the season, with a positive step in how he is performing in qualifying and the races.

“I think things have just gone very well for us,” Norris explained.

“I feel like I’m doing a good job myself with qualifying and putting the laps in when I need to. Maybe not so much in Imola or Portugal in Q3 run two but everything apart from that has gone very well. And then the race as well, on the restarts, the launches, a lot of things are going well, but it’s just as easy for it to go not so well, so I want to continue what we’re doing.

“Being behind the Mercedes and Red Bull at the moment is still the target and where we believe we can be. But I’m just not getting my hopes up too much for every race, we’ll try to do what we’re doing at the moment and continue it but it very easily could be a P6, a P7, or a P8 so it’s just I’m realistic. But I’m still hopeful that we can continue what we’re doing.”