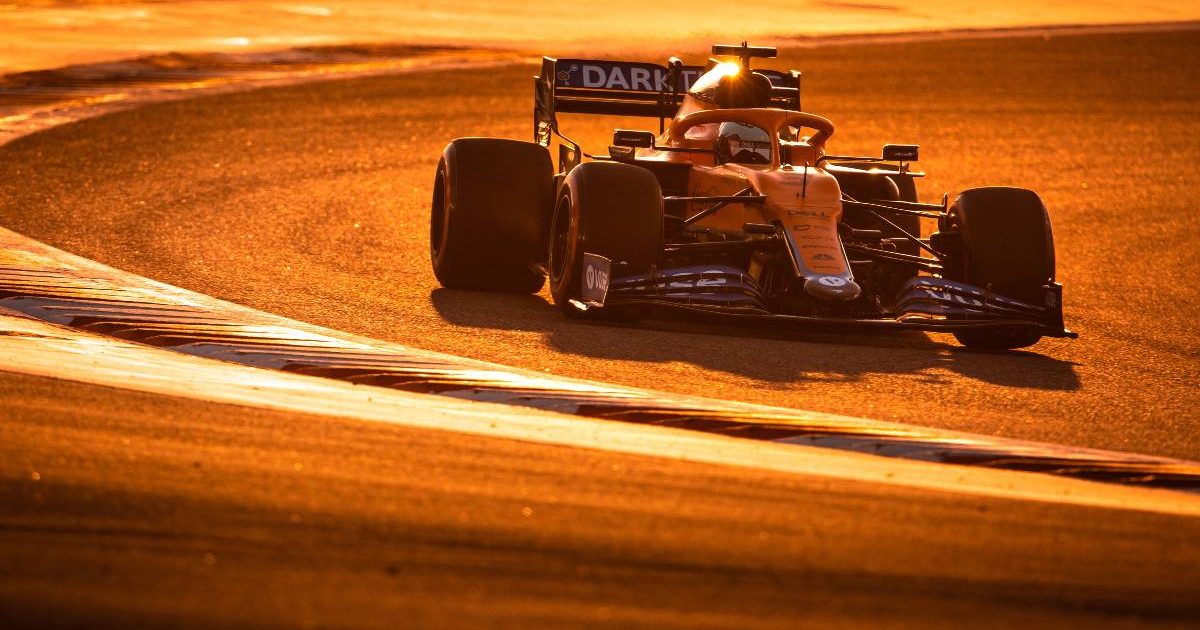 Lando Norris was not reading too much into his solid Friday showing in Bahrain, believing McLaren are not a match for Mercedes or Red Bull.

McLaren, and in particular Norris, had a good opening two practice sessions of the 2021 season, with the young Brit taking P3 in FP1 and P2 in FP2.

While saying he was happy in the new MCL35M, he downplayed his performance on the day, as he suggested Mercedes and Red Bull will soon be back occupying the top four places.

When asked by Sky Sports F1 if he can dream ahead of the opening race, Norris said: “No not really. I mean we looked quick today but I think it’s fairly obvious what’s going to happen tomorrow.

“It’s going to be kind of the usual front four cars ahead of us, but behind there it seems very close even if today we were a little bit ahead, I think it’s just because we showed a bit more.

“We’ll go in tomorrow and it’ll be a little bit more where we should be kind of thing, but I feel good in the car.

“The car does feel good in some areas, some areas also it doesn’t feel that good, and we need to improve and if we can improve it tomorrow then I’ll be happier, so that’s our job for tonight.”

As his first Friday in the McLaren MCL35M came to a close, Daniel Ricciardo said he was happy to have finally seen how McLaren measure up against the other teams on the track.

But as for his own performance, he felt he is yet to get 100% from the car or nail an “awesome” lap. The Aussie finished the afternoon session in P6.

“The encouraging thing is we’re second and sixth and still both relatively unhappy,” he said in the media pen.

“There’s still some things to perfect, did I think I put in awesome laps today? Not yet awesome. But I don’t think today is a good kind of benchmark.

“It is nice to get everyone on track in the same conditions, though. So we do see where we stand.

“Not to be too pessimistic, but I don’t think we’re yet saying we’re 100% into the car and comfortable and it’s doing everything we want.

“I think we’ve still got some work to do. But knowing that, and we’re still at the pointy ends, I guess that’s encouraging.”