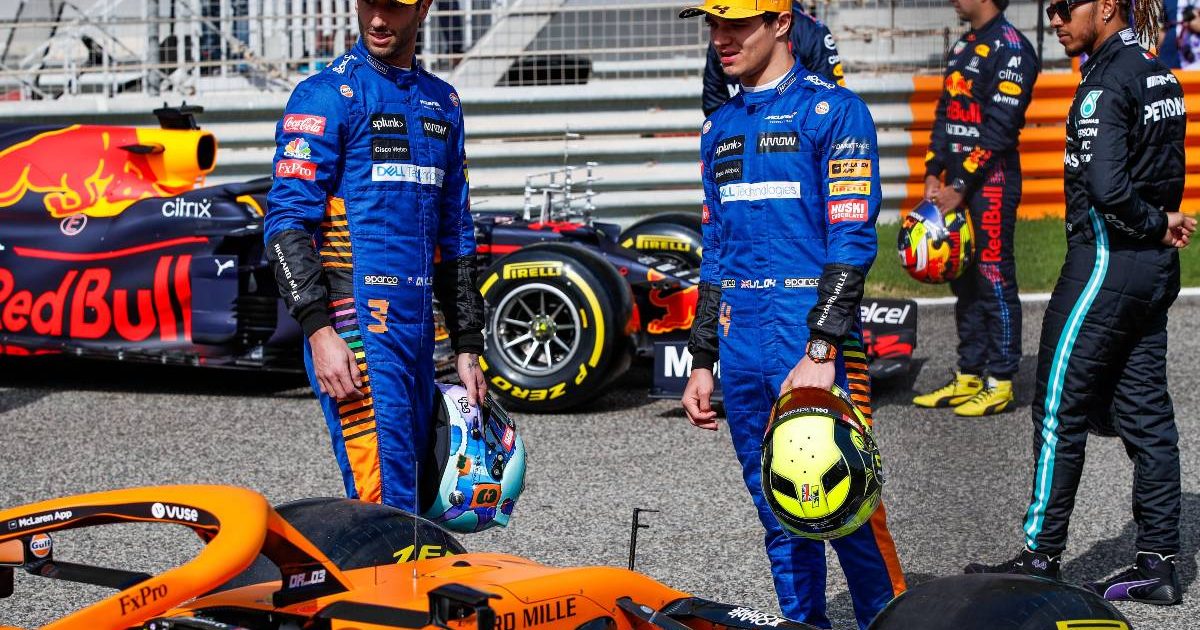 Lando Norris does not think this year’s McLaren is “loads better” – but is pleased the team have become innovators again with their eye-catching diffuser.

Whereas the most obvious new aspect of the MCL35M is the Mercedes engine which has replaced the Renault version, it is the diffuser which has got many F1 observers talking more – and Norris too, for that matter.

With no suggestion it is outside the rules, the unique diffuser design was the subject of much attention during pre-season testing in Bahrain. There were early signs it could improve the car’s aerodynamic performance and lead to better lap times and results.

On the latter subject, Norris is not sure the car for his third season as a McLaren driver is a huge leap forward. But he does like the idea that the team are pioneering new concepts.

Ticking all the right boxes pic.twitter.com/5rtAKNUTLm

“A lot of people are expecting differences [with the car] but there isn’t that much,” said the 21-year-old during Sky F1’s 2021 season preview.

“We had to use our [development] tokens just to put the Mercedes engine in the back of the car. At the same time, the guys and girls have been working hard to make improvements elsewhere – the floor that everyone’s been talking about.

“I didn’t even know that was special, how everyone has been going on about how innovative and different it is to the rest of the teams.

“From a driver perspective, it’s pretty cool to see the guys and girls coming up with their own ideas and something that’s leading the way in a different way rather than, looking in the past, trying to play catch-up with other teams.

“We are coming together a bit more and things are looking good and going in the right direction.

“It’s cool to see us bring out this difference and a talking point and a lot of people kind of liking it, so hopefully not many copy us and we are the only team that have it. But I’m sure in a few weeks people will be changing to it whether it suits their car or not.”

Nevertheless, Norris is not suggesting McLaren, who finished third in the 2020 Constructors’ World Championship, are about to start challenging Mercedes and Red Bull regularly for victories.

“At the end of the day it’s a very similar car, just a small evolution,” he added. “Throughout the year we’ll continue to try and push it, change it and improve it.

“It’s not loads better, just that small step forward which we hope will make us a bit more competitive. But I’m sure everyone else has taken a step forward too, so we’ll see where we are at.”