Home News ‘McLaren looking ahead, not at Ferrari behind’ 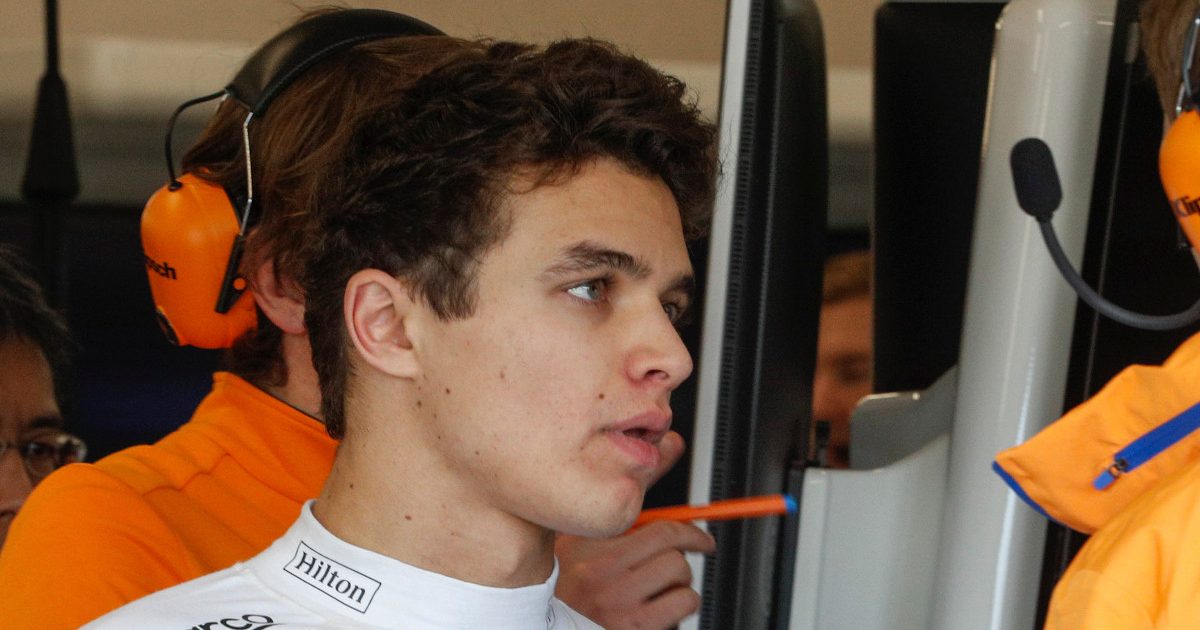 McLaren’s goal this season is to close the gap to the likes of Mercedes and Red Bull and not just to keep Ferrari behind, says Lando Norris.

Last year’s Championship saw a turnaround in form between Ferrari and McLaren.

While the Italian squad dropped off the pace, McLaren moved themselves up the order, holding off Racing Point to finish best of the rest in third place.

It was a strong season for the Woking team with more of the same expected this year, especially as the team has swapped to Mercedes engines.

The question is whether McLaren can narrow the deficit to those at the front or will it be more difficult for them to keep Ferrari behind them.

“For sure, to close the gap to the guys ahead, that’s always the more difficult part of it,” Norris told GPFans.

“It’s not like Ferrari are miles better team than us. We have confidence in ourselves. We are still an extremely good team.

“We’ve been on the fightback for the past few years, making good improvements, and I think we’ve shown that lately, last year more than ever.

“I don’t think we can underestimate what we have been able to do in the past and what we can hopefully do in the future, and that doesn’t mean we have to be always looking over our backs at what people can do.

“I think we can still just look forward to knowing we are an extremely good team with extremely clever and talented people here at McLaren and we can just fight our own way back to the front.”

The latest episode of #McLarenUnboxed is finally here! 🥳🎬 Follow along behind-the-scenes as @LandoNorris and @DanielRicciardo are given their first taste of the #MCL35M.

Last season McLaren beat Racing Point, now known as Aston Martin, by seven points with many predicting another intense battle between the two.

But over 100 points behind second-placed Red Bull, Norris concedes challenging the top two is not today’s focus.

“Racing Mercedes and Red Bull, that’s not where we are at the moment,” he added.

“It’s what we are working towards and what we have been closing in on over the past few years.

“There will be races where they [Ferrari] are quicker than us and hopefully more races where they are slower than us. But it’s not just them, it’s every competitor on the grid which is able to beat us and be competitive against us, so we’ll see.”