Home News McLaren’s lack of pace a ‘shock’ to Norris 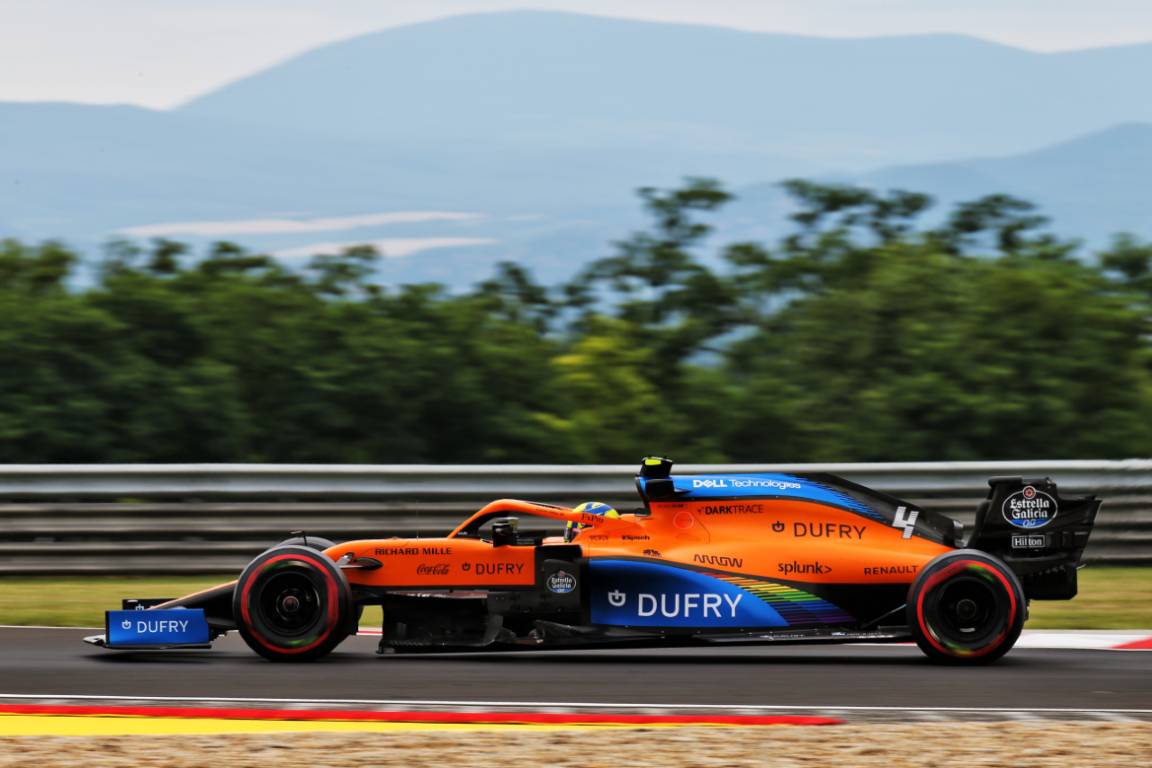 “Shock” and “weird” were the words used by Lando Norris and Carlos Sainz respectively after McLaren surprisingly struggled in dry running during Hungarian Grand Prix practice.

McLaren have made an excellent start to the 2020 F1 season, currently sitting second in the Constructors’ World Championship after Norris finished third and fifth in the opening two races of the campaign in Austria.

But they could manage only ninth and 11th in FP1 at the Hungaroring, Norris outpacing his team-mate, before Sainz went third fastest in a rain-hit FP2 session which offered few real clues towards the competitiveness of most teams.

Norris, who this week saw a specialist about the bruising to his chest and back he sustained while driving at the first two races, told the official Formula 1 website: “I think we’re in a very different situation to Austria in terms of car balance and what we’re suffering with. A bit of a shock I would say.

“Last year this was quite a good track for us. But after this morning it wasn’t looking quite as good, so we’ve got some work to do if it’s going to be dry.

“I think if it’s going to be wet it’s hard to say – nobody did any proper running, which kind of sucks. It was just nice to be back in the car, but we’ve got a bit of homework to do before tomorrow.”

🇭🇺Challenging day today. We struggled a bit in the morning with the balance, but still completed some good tests. Far less mileage than what we wanted this afternoon, though! We'll keep an eye on the sky; the weather looks tricky for the rest of the GP

Sainz, who will be moving from McLaren to Ferrari for the 2021 season, was concerned that McLaren had been outpaced on soft tyres to the tune of 1.5 seconds by Lewis Hamilton’s Mercedes that was on the hard compound.

“Taking into account that we ran the soft tyres and that we saw some other people doing super-competitive lap times on the medium and the hard, it left us a bit worried, the fact that on the soft we couldn’t really go quicker than them,” said the Spaniard.

“It’s weird. There was nothing fundamentally wrong with the car, it’s just the lap time and the way we made the tyres work – we weren’t switching them on the way we wanted to, so it was a bit weird, let’s say. We didn’t expect to struggle as much.

“Big question mark, I guess, going into tomorrow. Especially in the dry, we really don’t know where we are.

“I would have been a lot more confident if that lap on the soft would have been more competitive, but unfortunately it’s not at the moment and we go with that question mark into tomorrow, really, without knowing.”