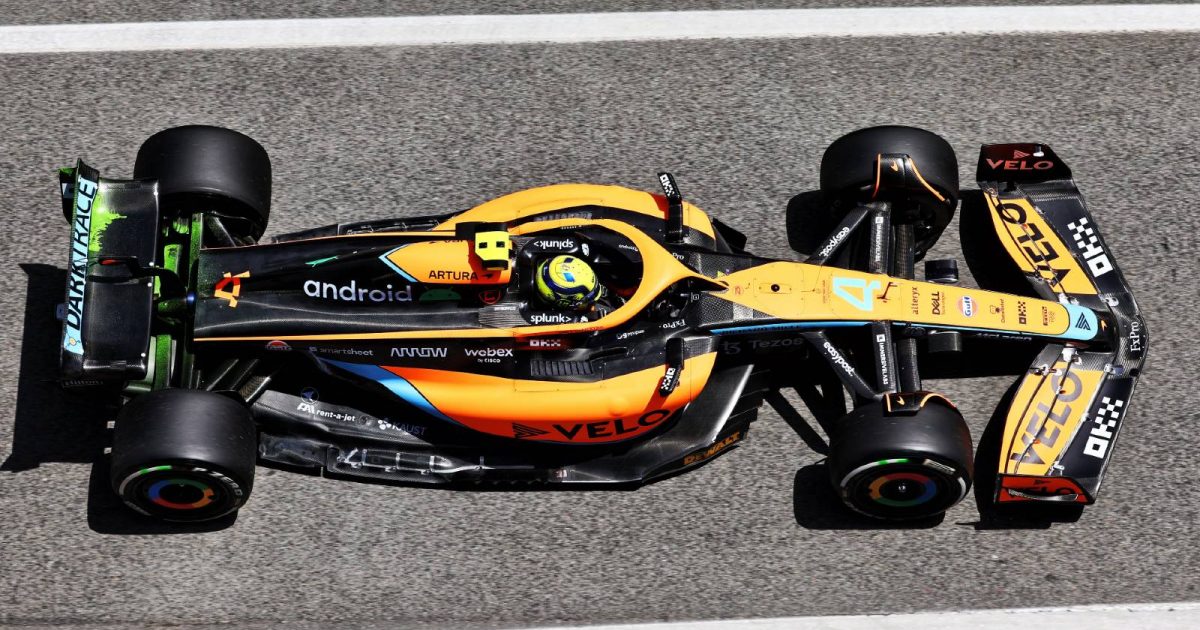 Lando Norris has revealed McLaren will be bringing upgrades to the MCL36 at Silverstone, at his and the team’s home race.

McLaren’s form has been indifferent of late, with their double points finish in Azerbaijan being their first since April’s Australian Grand Prix, and both drivers failed to score in Canada after another tricky weekend – with Norris admitting afterwards that the car is simply “bad” at the moment, and not where the team expect it to be.

McLaren are not due to be the only team to bring changes to their cars at Silverstone, with the logistical ease of taking parts to the circuit due to the majority of teams basing themselves in the UK.

With that, he hopes to see McLaren have an improvement in their own performances, adding that he is excited to see the British fans once again.

“We have a few things in the pipeline for Silverstone and I cannot wait to get out there, in front of our home fans,” Norris wrote in a column for the Telegraph.

“Just the drive into Silverstone is like nothing else, all that positive energy, from the marshals on the gates when you first arrive in the morning, to the fans waving union flags or wearing McLaren colours. You feed off the support. It makes a massive difference.”

Norris had an off-colour weekend by his standards in Montreal last time out, qualifying 14th after a power unit issue halted his participation in Q2, and his fortunes did not improve in the race – saying he did not have the straight-line speed to make him competitive enough to overtake.

The new FIA technical directive surrounding the reduction of porpoising could also take effect in the hope of reducing the amount of times cars bounce in a straight line at high speed – and Norris is intrigued to know how that will change things on the grid.

“We will do our utmost to turn around our Canada form,” he said.

“We have a few bits and bobs in the pipeline, the track surface is completely different to Montreal and it will be interesting to see whether the new FIA technical directive regarding porpoising has come into effect by then.”

McLaren currently sit fourth in the Constructors’ Championship on 65 points, but a double points finish for Alpine closed the gap behind them to only eight points heading into the Silverstone weekend.